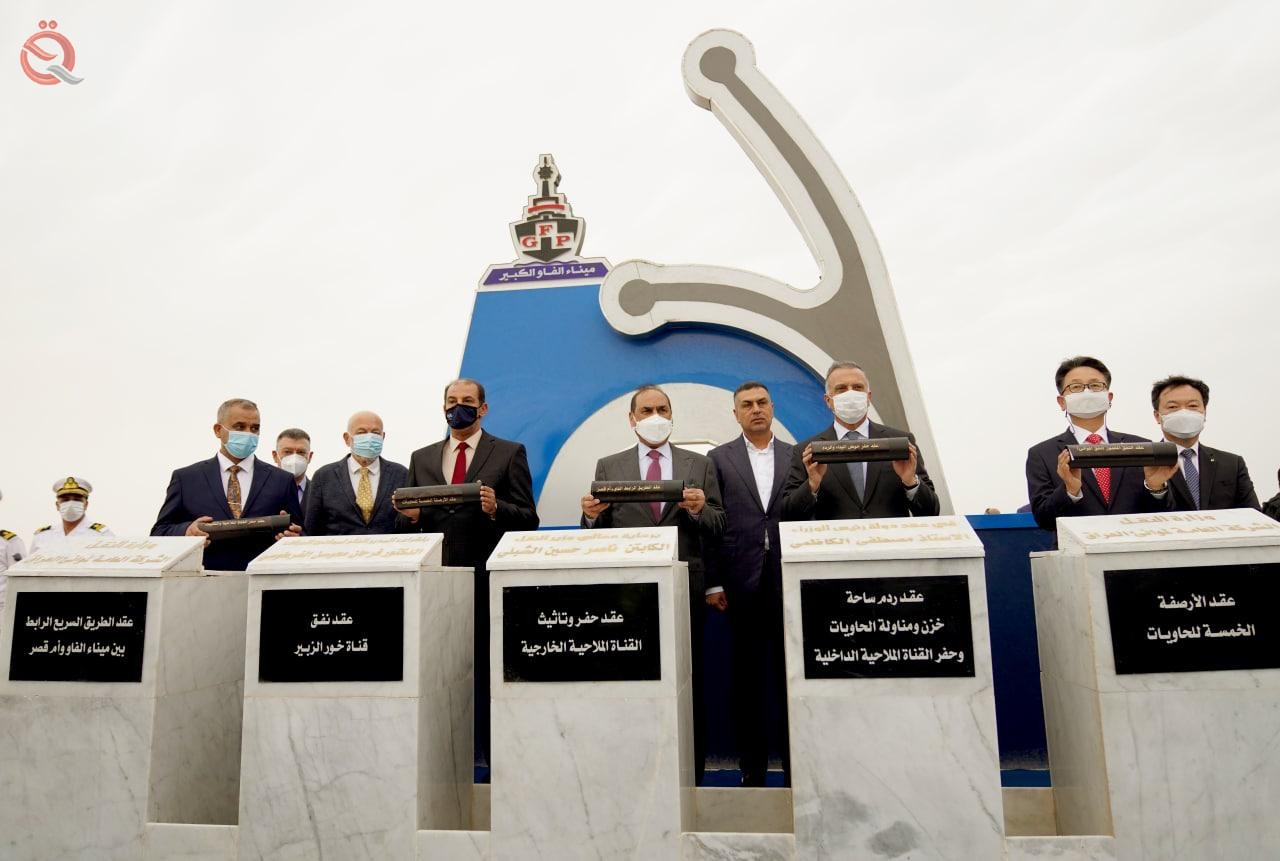 Prime Minister Mustafa Al-Kazemi, on Sunday morning, laid the foundation stone for the Faw Grand Port project (the five contracts).
The five contracts include: the five container berths, the filling of the container storage and handling yard, the digging of the internal navigation channel, the drilling and furnishing of the external navigation channel, the Khor Al-Zubair canal tunnel, and the highway linking the port of Al-Faw and Umm Qasr.
Al-Kazemi arrived earlier this morning in the southernmost province of Basra, according to a government statement.
The large port of Al-Faw is an Iraqi port in the Al-Faw peninsula, south of Basra Governorate. The cost of the project is about 4.6 billion euros and the estimated capacity of the port is estimated at 99 million tons annually, to be one of the largest ports overlooking the Gulf and the tenth in the world.
The foundation stone for this project was laid on April 5, 2010.