After eighteen years of change, the economy is liberalizing and leaving the war

After eighteen years of change, the economy is liberalizing and leaving the war

[size=36][rtl]After eighteen years of change, the economy is liberalizing and leaving the war[/rtl][/size] 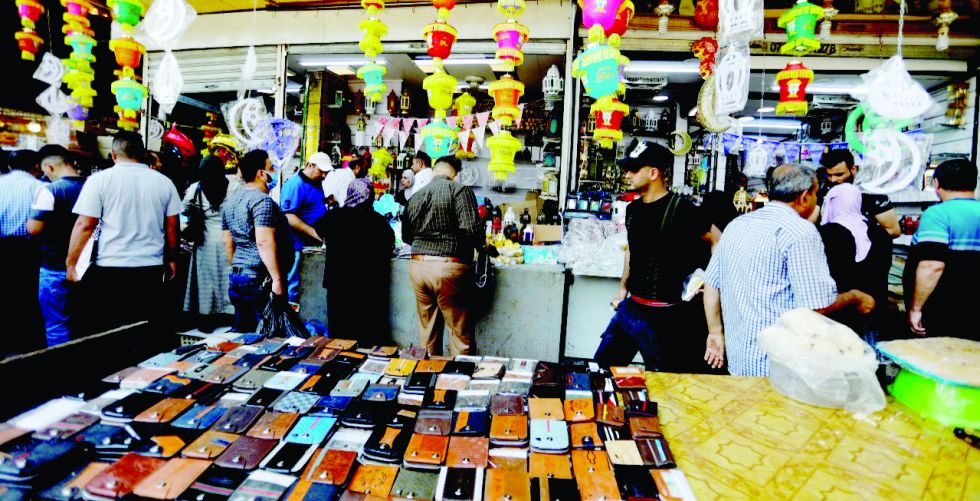 Baghdad: Haider Al-Rubaie - the head of the emirate

Economists personified, a set of developmental transformations that Iraq was able to achieve after the year 2003, stressing that the elimination of the "war economy" that impeded the livelihood of the Iraqi people and the deterioration of its stability, and the clear shift towards a market economy, openness to foreign investment, and an end to the hyperinflation that It led to the collapse of the value of the dinar, which is the most prominent achievement that Iraq was able to achieve. In addition to many economic achievements, which contributed to high rates of sustainable development, and led to Iraq being an important investment destination for many major international companies, however, economists identified a number of points, which they emphasized that they are still without real treatment, putting in the forefront Those points are the increase in unemployment rates, the increase in poverty rates, and the demographic pressure that is constantly complicated by the scene.
Remove the effects of wars
The financial advisor to the Prime Minister, Dr. Mazhar Muhammad Salih, believes during his speech to “Al-Sabah” that «the return of Iraq and its economic and financial integration into the global economy, and the removal of the effects of the economic blockade due to previous wars, including the exit of Iraq from Chapter VII of the Charter of the United Nations, all points Transformed Iraq after 2003 from a war economy to an economy
Peace".
Saleh puts, “the Paris Club agreement signed in November 2004 with the international financial community with its governments and financial institutions, at the forefront of important economic events, in which Iraq granted the privilege to write off 80 percent of the pre-1990 debts (which were canceled or became a law subject to cancellation). Which is estimated at 100 billion dollars out of debt, an estimated total of 128 billion
Dollars ».

Eliminate inflation
Ending the era of hyperinflation, one of the important transformations of the Iraqi economy, says the financial advisor to the Prime Minister, stressing that «that inflation reached its annual averages of about 50 percent or more before the year 2003, to fall to a rate that did not exceed 6 percent at the end of the first decade of the twenty-first century. The current twenty, which enhanced the standard of living of individuals through the stability of the dinar's purchasing power
Iraqi ».
Saleh pointed out that «the increase in the annual per capita gross domestic product from 750 dollars annually before 2003, to reach ranges close to the average of six thousand dollars, one of the important achievements that contributed to the recovery of the economic situation
To the individual.
He pointed out that salaries, pensions, government retirement and social welfare benefits, which currently include nearly 8 million Iraqi citizens, their amounts increased about 7 times from their rates before the year 2003, and the number of beneficiaries from them increased about five times for each segment
who are they.

The success of fiscal policy
The government advisor confirms, "the success of the financial policy after 2003 in building the joints of stability and economic prosperity, as well as the success of that policy for the first time in the history of Iraq" according to the advisor "in providing a rating for the creditworthiness of Iraq, and since 2015 for the first time in the country's history.
Financial.
As Iraq has a good and stable credit rating, currently at a level of B ”.

Central and stability of the dinar
Saleh explains, "The monetary policy of the Central Bank succeeded in imposing stability on the Iraqi dinar with its internal and external value, and granted freedom of external transfer to all legitimate operations that serve the movement of trade and business in exchange for the ability to build foreign currency reserves whose balance increased more than 30 times than it was before." The case before 2003, and is managed in a major safe investment portfolio
For Iraq ”.
According to the government advisor, the agricultural activity continued to be supported, especially the cereal production sector, in which farmers receive price support, to encourage them and enhance national food security, as the cultivated land doubled from 6 million dunums to more than 11 million dunums today thanks to that support, water control and marketing.
Regular.

The reality of the economy
Vice President of the Iraqi Federation of Industries, Raed Abdul Sattar, stated that “no one can deny that there has been a change in the reality of the Iraqi economy and the international outlook on Iraq, and there are a number of things that have been achieved.
The families ’economy has witnessed a clear improvement, and this indicates the rates of excessive consumption in many times,” pointing out that “the ambition among the economic circles is greater than what has been achieved, as Iraq could be a new economic tiger on the arena of the global economy. Riches, geographical location, and monuments of interest to most of the world's population
most of them".
Industrial sectors
He pointed out that "change has occurred, but what is required is that the pace of work in Iraq is escalating, which will benefit the country and the economies of the region and the world, as there is a global interdependence between a global Iraqi that achieves an integration that is almost not achieved in other countries," pointing out "the importance of moving towards correcting the paths that lead to activation The national economy, and help in embarking on the development of the industrial and agricultural sectors, and addressing the population pressure, unemployment and other problems ».

Economic transformations
A member of the Baghdad Economic Forum, Hadi Al-Zubaidi, said: “The economic arena after 2003 witnessed a massive boom towards the establishment of economic forums aimed at contributing to drawing a roadmap for economic transformations taking place in the country. This phenomenon in the country highlights the urgent need to develop the joints of South work.
the National".
He pointed to “the inevitability of an effective contribution to saving our economy from its challenges, and the most prominent of what is required of these blocs is to move away and not divert the privileges to a specific specialization, but to work on revitalizing the most important projects and the extent of their contribution to achieving quick returns and directing loans towards them, in order to contribute to reducing dependence on import that drains the currency" .

Successful negotiations
Academic turn d. Amr Hisham focused on “the importance of extinguishing the debts registered against Iraq to various international bodies, and he said:“ As a result of the successful negotiations, which Iraq led in extinguishing its foreign debts, it was able to reduce 30 percent of the debts of the Paris Club upon signing the agreement and reduce 30 percent upon signing with the IMF International economic reform and a 20 percent reduction conditional on submitting a report from the International Monetary Fund supporting the establishment of Iraq
Obligations. ”

Iraq's commitment
He continued, "As for the debts of the Arab Gulf states, although most of them are grants or loans without interest, they demanded them with the exception of the United Arab Emirates, which has extinguished its debts by 100 percent. The Ministry of Finance follows up on the procedures for settling commercial debts for the foreign sector, and the adoption of this sensitive file is one of the most important economic achievements that have benefited the country after the political change took place.
For the year 2003 ”.