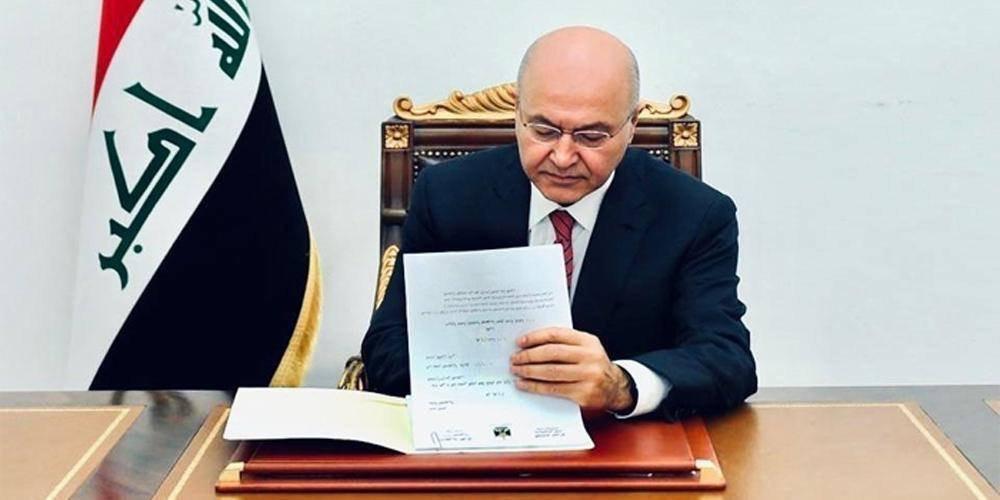 Shafaq News / The President of the Republic, Barham Salih, approved, on Thursday, the federal fiscal budget law for the current year.
Saleh said that approval comes to secure the necessary needs of our people, and to finance the salaries of employees and retirees and the necessary government expenditures, in a way that achieves social justice for all regions of Iraq and all segments of society.
President Saleh stressed the need to adopt financial and economic reform and support the various economic sectors in a way that contributes to supporting the goals of development and progress, indicating that approving the budget is an important step towards meeting citizens' entitlements, and strengthening the role of the departments concerned with implementing the budget’s provisions and with concerted efforts by everyone to achieve what is hoped for in meeting the needs of Citizens and rebuilding the country, and taking maximum measures to support low-income classes, provide job opportunities for our youth, and continue the path of reform and combating corruption.
The approval of the President of the Republic came after the law reached the Presidency of the Republic from the House of Representatives after it was voted on in the House.

Similar topics
» Parliamentary Finance: Budget is still in parliament and the government may object to it
» President approves budget bill
» The Cabinet approves the appointment of the general managers of the state institutions according to the budget
» Learn about the 2019 budget
» Iraqi parliament approves 2015 budget worth $105 bln