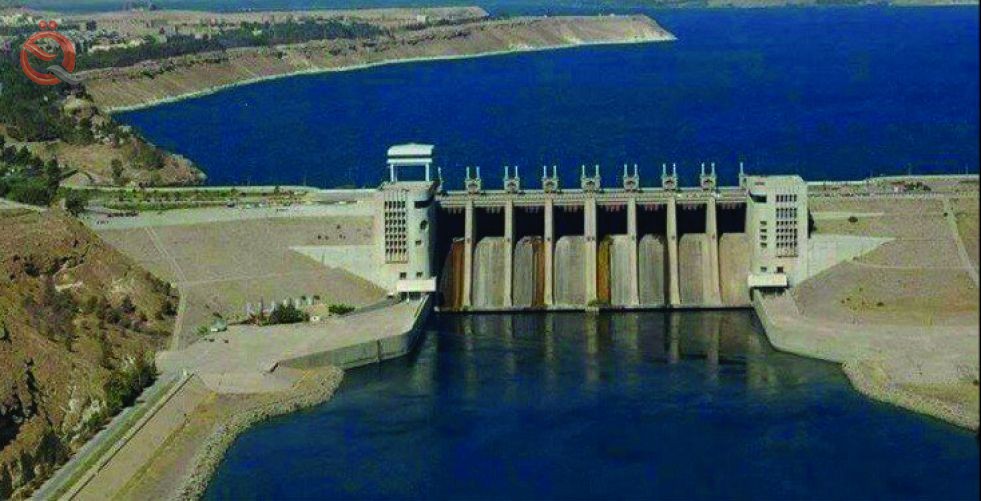 Nearly 30 years after its completion, the Ministry of Water Resources will resume construction at the beginning of next May to complete the construction of a three billion cubic meter Makhoul Dam in Salah al-Din Governorate, while aiming through this to enhance water security and generate electricity.
Meanwhile, the ministry revealed a study to construct a dam on the Tigris River north of the Mosul Dam in the area near the Iraqi-Turkish-Syrian borders.
The construction of the Makhoul Dam was started during the year 1989 and is called (Al Fatha) located near Baiji Refinery, where a suitable site was chosen for its construction in the Makhoul area north of Salah al-Din, but work on it stopped during 1991, after its completion rate ranged between 10-15 percent.
The advisor at the Ministry of Water Resources, Aoun Dhiab Abdullah, said in an interview with Al-Sabah newspaper, followed by Al-Iqtisad News, that "the ministry will start implementing the Makhoul Dam at the beginning of next May, after approving the current year’s budget, as four years have been set as a time period for its completion."
He added that "the project is one of the largest strategic projects after the year 2003, and will be implemented in stages when providing annual financial allocations," noting that "the storage capacity in it is three billion cubic meters."
He pointed out that "the need for this dam emerges by securing the storage of water waves coming from the Upper Zab River, controlling water and using it when needed, especially for the central and southern regions of the country, as well as generating electric power and enhancing water security."
Abdullah explained, "The ministry's companies will address the foundations and remove the excesses from the area surrounding the dam as a first stage, and foreign companies will be contracted to establish electrical power plants and equip electronic gates, with the import of equipment for the project," indicating that "Turkish companies have a desire to do With his works, which previously carried out the Ilisu dam. "
The outcomes of the strategic study for water and land in Iraq indicated that if Iraq does not reach an agreement with Turkey, with the completion of the projects of the two neighbors, Syria and Iran, there will be a shortage of about 11 billion cubic meters of water supplies that will reach Iraq by 2035.
Abdullah declared, "An idea is under study by the ministry to construct a dam on the Tigris River north of the Mosul Dam in the area close to the Iraqi-Turkish-Syrian borders, but with a depth and storage capacity less than the Mosul Dam, and currently a suitable site is being searched for as a support for the Mosul Dam, which is Its storage capacity reaches 11 billion cubic meters, in addition to approaching a number of discreet international companies in the field of dam designs to present their offers after specifying a period of time in this aspect.
The Ministry of Resources is concerned that the neighbor, Turkey, will complete all its works, including projects, dams, reservoirs, and irrigation projects, because the remaining amount that will reach Iraq will be limited and of poor quality, explaining that Turkey has many programs. In the northeast of Diyarbakir, and it has also reached advanced stages, and it expects storage to take place next year, there is also another organizational dam called Al-Jazra near the Iraqi-Turkish border, and this will affect the amount of water that will be returned across the border to the Mosul Dam.