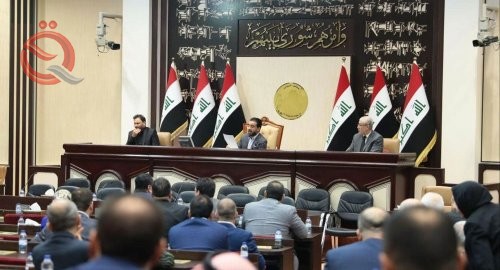 A member of the Parliamentary Legal Committee, Salim Hamza, announced, on Wednesday, the possibility of returning the budget to the House of Representatives if some of its provisions are challenged, even if the President of the Republic approved it.

Hamza said in an interview with the Iraqi News Agency and its follow-up, "Al-Eqtisad News", that "the budget can be returned to the House of Representatives if the budget is challenged based on the constitutional articles, whether approved by the President of the Republic or not," indicating that "this does not mean completely rejecting the budget. Only identifying the articles that have been challenged and that need to be modified. "

He added that "the approval of the President of the Republic is something routine and not mandatory," noting that "the budget is approved 15 days after voting on it."

He stressed that "there is no pressure to return the budget to the House of Representatives because there is political consensus to pass it."

Yesterday, Tuesday, the General Secretariat of the House of Representatives sent the Federal Budget Law for the fiscal year 2021 to the Office of the Presidency of the Republic, after the parliament voted, on March 31, 2021, on the law as a whole.