Next week ... a conference will be held: "Implants in Iraq"

Next week ... a conference will be held: "Implants in Iraq" 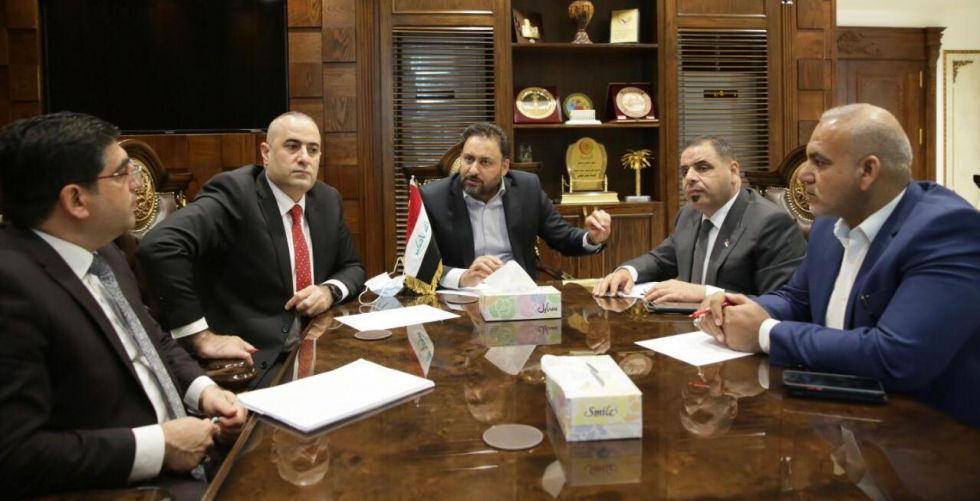 The first deputy speaker of the House of Representatives, Hassan Al-Kaabi, revealed preparations for the "planting in Iraq" conference next week, to be followed by another conference on the industrial sector.

Al-Kaabi chaired, according to a statement from his media office, "the preparatory meeting, which was attended by the Chairman of the Agriculture, Water and Marsh Committee, Salam Al-Shammari, and a number of members of Parliament." He called for "supporting the national product by activating agrarian reform, by supporting farmers and farmers, land reclamation, preventing foreign imports, and introducing modern irrigation requirements."

He added that "one of the most important priorities for 2021 is to support the agricultural and industrial sectors, develop the local economy, activate the mechanisms of partnership with the private sector, rehabilitate factories and employ manpower." He called for "supporting the efforts of the Parliamentary Agriculture Committee in holding an expanded agricultural conference in which the ministers of agriculture and water resources participate." And trade, the advisory body in the Council of Ministers, and agricultural associations in Iraq, to ​​support the agricultural sector and advance its development and advance its reality.

Similar topics
» National Meeting to be held next week!
» The House of Representatives begins the new legislative session next Saturday
» Hub -- my currency contact said it should have gone last week and it seems...it was to go last Monday and was held up
» Council of Ministers will be held two consecutive sessions this week to resolve the budget and delivered to parliament
» Wed. 9:31 a.m.: PM says Iraq to repatriate Iraqi IS fighters held in Syria