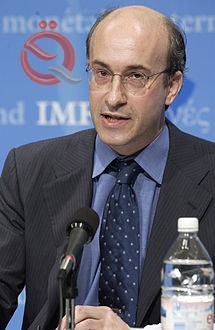 The famously strong US dollar continues to dominate the global markets. But the dominance of the green currency may be more fragile than it appears, given the potential for expected future changes in the Chinese exchange rate regime to transform the international monetary system .

The impact of such a shift could be significant, especially given the extent to which the United States relied on the special status of the dollar - or the "exorbitant privilege" America enjoyed, according to the famous description of Valerie Giscard d'Estaing at the time he was France's finance minister - to finance massive public and private borrowing . Given the United States' extreme excessive use of deficit financing to counter the disruptive effects of the emerging coronavirus disease (Covid 19), it is not excluded that doubts arise about the sustainability of its debt .

The long-standing argument in favor of more flexibility in the Chinese currency is that China is too big to let its economy follow the whims of the US Federal Reserve, even with so much isolation that Chinese capital controls create .

Initially, transactions or deals can be settled in dollars anywhere in the world, but US banks and clearinghouses have a major natural advantage. In contrast, any clearinghouse for settling dollar transactions outside the United States is always more vulnerable to crises of confidence, and this is a problem faced by the eurozone itself .

There are striking parallels between Asia’s apparent dollar bias today and the situation in Europe in the 1960s and early 1970s. But that era ended with high inflation and the collapse of the Bretton Woods system of fixing exchange rates, a system that emerged after the war. At that time, most European countries recognized that trade between European countries was more important than trade with the United States, which led to the emergence of the German mark bloc, which after decades had converted to the single currency, which is the euro .

However, this does not mean that the Chinese renminbi will become the global currency overnight .

So what's the problem with the three world currencies - the euro, the renminbi and the dollar - sharing the spotlight? Nothing but the apparent unpreparedness of markets or policymakers for such a shift whatsoever. There is no doubt that the borrowing rates of the US government will often be affected by such a shift, but the really big impact may fall on corporate borrowers, especially small and medium-sized companies .

The assumption of insatiable global appetite for dollar debt has become an entrenched belief among policymakers and many American economists today. But simply modernizing China's exchange rate arrangements could deal a painful blow to the dollar's position .

Similar topics
» maliki could hamper the fragile stability of Iraq
»  Rohani says Iran is ready to expand energy and gas trade with Iraq
» An encouraging rating for Iraq with a fragile recovery index
» Vietnam - Investor confidence in dong fragile: ADB
» The ability of the government in Baghdad on the fragile reform