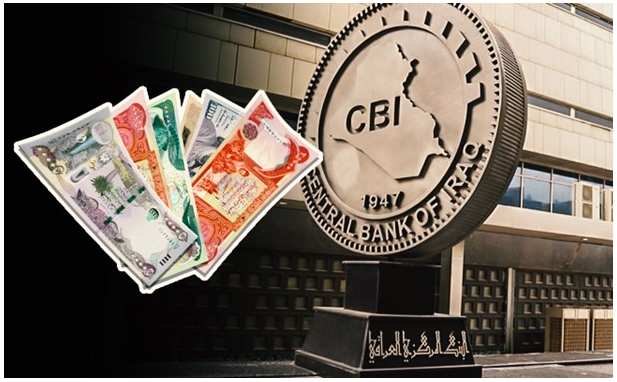 Baghdad / Obelisk: The Central Bank clarified, on Saturday, April 3, 2021, that Iraq will not face economic collapse, indicating that the increase in the dollar exchange rate increased the bank’s reserves.

The general manager of accounting at the bank, Ihssan Shamran, told local media that the previous period witnessed confusion due to the statements of some politicians and MPs about the return of the exchange rate or not, which contributed to a decrease in the demand for dollars from the bank until the daily sale reached 15 million dollars instead of 200 million.

Shamran went on to say that the process of raising the dollar contributed to not smuggling hard currency and becoming a tool to protect farmers, agriculture and the national product in general, indicating that this measure provided protection at the borders from imported goods without the use of guards and weapons, at a time when criminal smuggling operations needed evidence and other steps.

The Director General of Accounting at the Central Bank ruled out that the Iraqi economy will witness a collapse because it is considered an oil country, and what is available in it makes it the owner of the last barrel of oil in the world, citing examples that passed over the country, including the events of ISIS in 2014 and the repercussions of the pandemic in 2019.

He added that the Iraqi economic situation will not collapse with the existence of what he described as the wall and arsenal of the country (the central bank), not only by relying on the amount of hard currency reserves, but also because it is a reservoir for the economic and monetary behavioral assessment of the country on, as he put it.