Between the government and parliament ... Market prices kill the simple citizen

Between the government and parliament ... Market prices kill the simple citizen 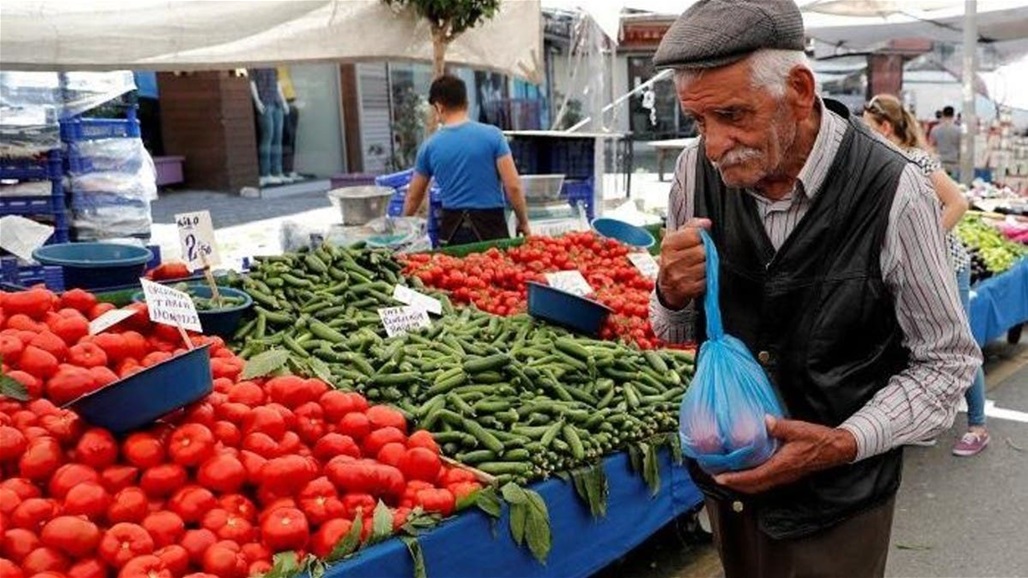 The repercussions of the high prices of food commodities in the market still cast a shadow on the ordinary citizen, amid the government's inability to find actual and concrete solutions to that crisis, while a parliamentarian held the government fully responsible for that crisis, the last House of Representatives called for quick measures To deal with the crisis, while citizens appealed to the President of the Republic not to approve the budget and return it to the House of Representatives and to win the poor.

Member of Parliament Abbas Yaber Al-AtafiHe stressed the importance of the House of Representatives taking a number of quick measures in order to address the issue of high food commodity prices in the market after the government raised the dollar exchange rate.

Al-Atafi said in an interview with Alsumaria News, "The House of Representatives, although it was unable to reduce the exchange rate of the dollar against the dinar, given that it is one of the prerogatives of the Central Bank, but this does not mean that the situation remains as it is, as there are many measures guaranteed by the law to the House of Representatives to pressure towards reducing the price and addressing the issue High food prices in the market. "

Al-Atafi added, "The first procedure is through activating the questioning of the Central Bank Governor and the Minister of Finance, in order to move towards restoring the exchange rate of the dollar to what it was, or the government to take actual measures on the ground to provide the basic requirements of food and other materials in order to preserve the market." He pointed out that "today we do not find any application to a law that protects the citizen and the consumer, and there is no role for the government to authorize raising the price of the dollar towards addressing the rise in food prices in the market."

Member of the Parliamentary Economic and Investment Committee Mazen Al-Faili indicated that the government, with its decision to raise the exchange rate of the dollar against the dinar, bears full responsibility for the high prices of foodstuffs in the market, calling on it to take scientific and deliberate measures to achieve market stability.

Al-Faili said in an interview with Alsumaria News, "After the budget was approved, the market will witness stability in the exchange rate of the dollar in a high direction after it alternated between rising and falling while awaiting the outcome of the budget, and it may rise to reach 1500 dinars," indicating that "the government's control over the Unfortunately, the prices of commodities in the market were totally absent. We did not see any existence of them, and the charges were placed on the merchants only in a clear disavowal from the government of its duty and negligence. "

Al-Faily added, "The government seeks to justify the negatives of its decision to raise the exchange rate, but all of these justifications are worthless and it is the one who fully bears the negatives of the decision, not the traders and others." Properly activating the ration card and providing its items regularly, supporting the local product and effectively controlling the outlets and effectively controlling the market.

Citizen Diaa Al-SharifiHe referred to the budget in its current form, which is the killing of the citizen, and the simple citizen was slaughtered from the vein of the vein, and the people were burned with the fire of politicians, calling on the President of the Republic to victory for the poor and return the budget to Parliament.

Al-Sharifi said in an interview with Alsumaria News, "Those who killed the citizen are advocates of peace and support for the economy, and the evidence is that what happened is the opposite of what was required by the public. "The survival of the exchange rate has forgotten that its audience is mostly poor, and we are surprised by the public who will go to vote for parties that burned markets with high prices."

Al-Sharifi added, "The price of food paste exceeded two thousand and 500 dinars, oil was three thousand dinars, and tomatoes approached two thousand dinars. Therefore, we do not know how he was thinking who justified keeping the exchange rate high, so does he who has a high salary does not think about the poor citizen and the absence of responsibility and the killing has become wholesale." , Stressing that "" the president of the republic is required to return the budget to Parliament and to look at the poor and to be victorious for the poor because the citizen today is killed and burned by the fire of politicians and our children. Their future has been lost because of those politicians and those who claim reform did not present anything and the citizen became under the feet of those who called reform and they were a trial The people. "

He pointed out that "whoever invokes economic stability by raising the price of the dollar, what we know is that all world governments defend the people, but in Iraq A politician kills the people for their own interests. "

Similar topics
» Alia Nassif: The government left the citizen between the hammer of the dollar and the anvil of high prices
» Economist to Nina: The local market needs urgent government decisions to break prices
» Officials Say Market Bombings Kill 18 Around Iraq's Capital
» BaghdadInvest: "Heck if it was so simple, every government on earth would print trillions of their currency and then revalue"
» Erbil market prices rise before Id