An 'angry' statement from Al-Maliki's bloc .. 'Whoever makes himself a reporter, get ready to face the judiciary'

An 'angry' statement from Al-Maliki's bloc .. 'Whoever makes himself a reporter, get ready to face the judiciary'

[size=30]An 'angry' statement from Al-Maliki's bloc .. 'Whoever makes himself a reporter, get ready to face the judiciary'[/size] 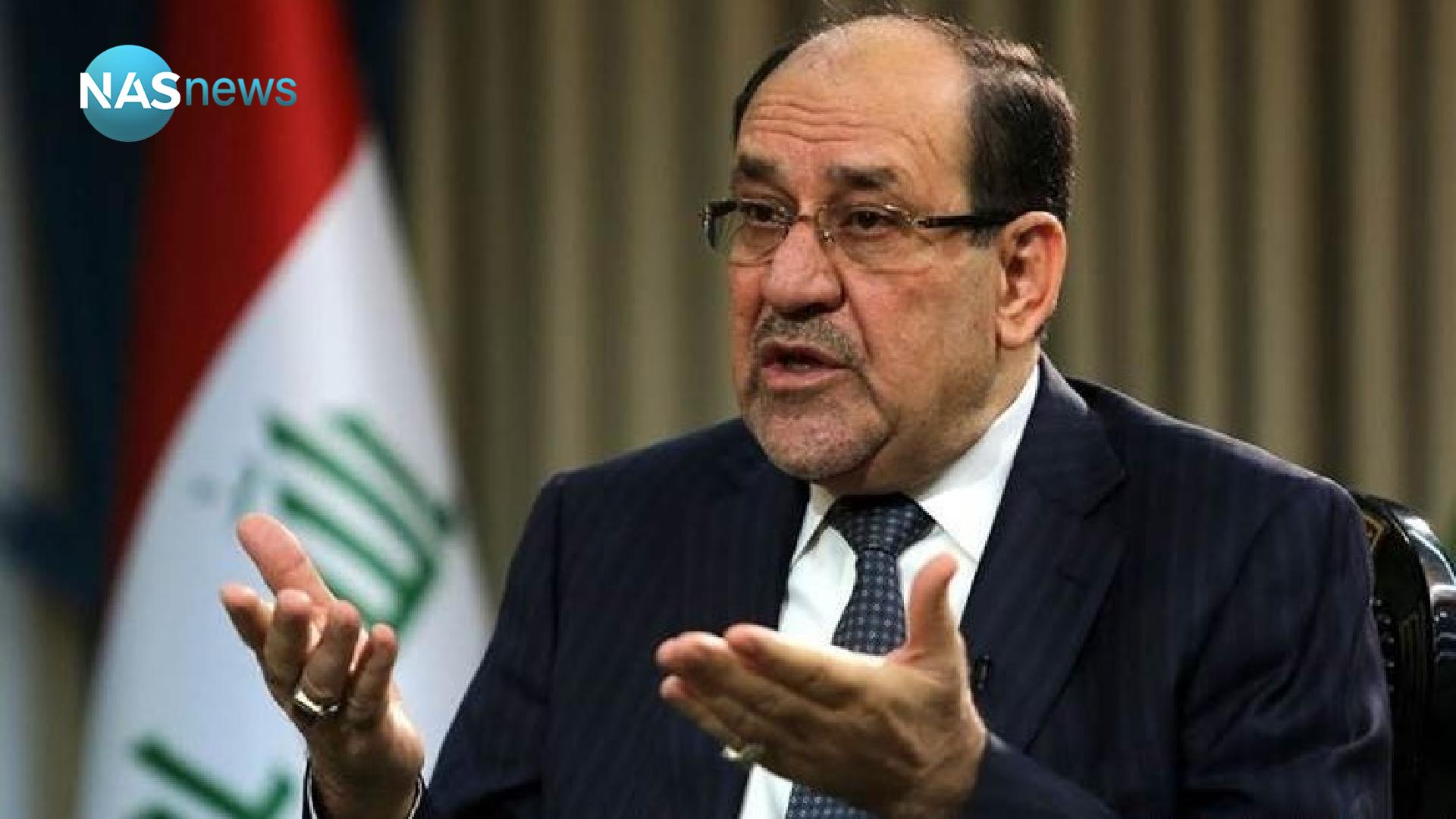 On Friday, the State of Law accused parties that it did not name of "lying and fabricating news to reduce the public turn-around that the bloc enjoyed", against the background of what was rumored about the reasons why the bloc did not attend the session to vote on the budget.


The bloc expressed in a statement, "People" received a copy of it, (April 2, 2021), that it "is surprised by the pathetic attempts to reverse the facts and the abuse of its initial position in not attending the budget voting session by claiming that it stipulated that it be granted a number of special grades in exchange for attending the session!" ".


The bloc promised that "these fabricated and false statements altogether are an attempt to detract from the state of law bloc after the public turn-around for its clear positions in support of the demands, issues, and defense of the Iraqi people."
The bloc added, "The owner of the false statement who made himself a correspondent at a meeting in which he was not present must present evidence of his claim or prepare to face the judiciary."

The rule of law affirmed that "these attempts to undermine it with various lies and fabrications will have no effect, and that the Iraqi people possess awareness and ability to discern those who stand with them honestly and sincerely, and remember the brave positions of the rule of law, and these allegations will not deceive him."

On Wednesday, the State of Law Coalition announced its position on the 2021 budget, while calling for adding 8 paragraphs to the budget, including making the US dollar exchange rate 1300 Iraqi dinars.
The B coalition said a statement that "People" received a copy of, (March 31, 2021), "We confirm today once again not to vote on the draft budget law unless the following paragraphs are included:" 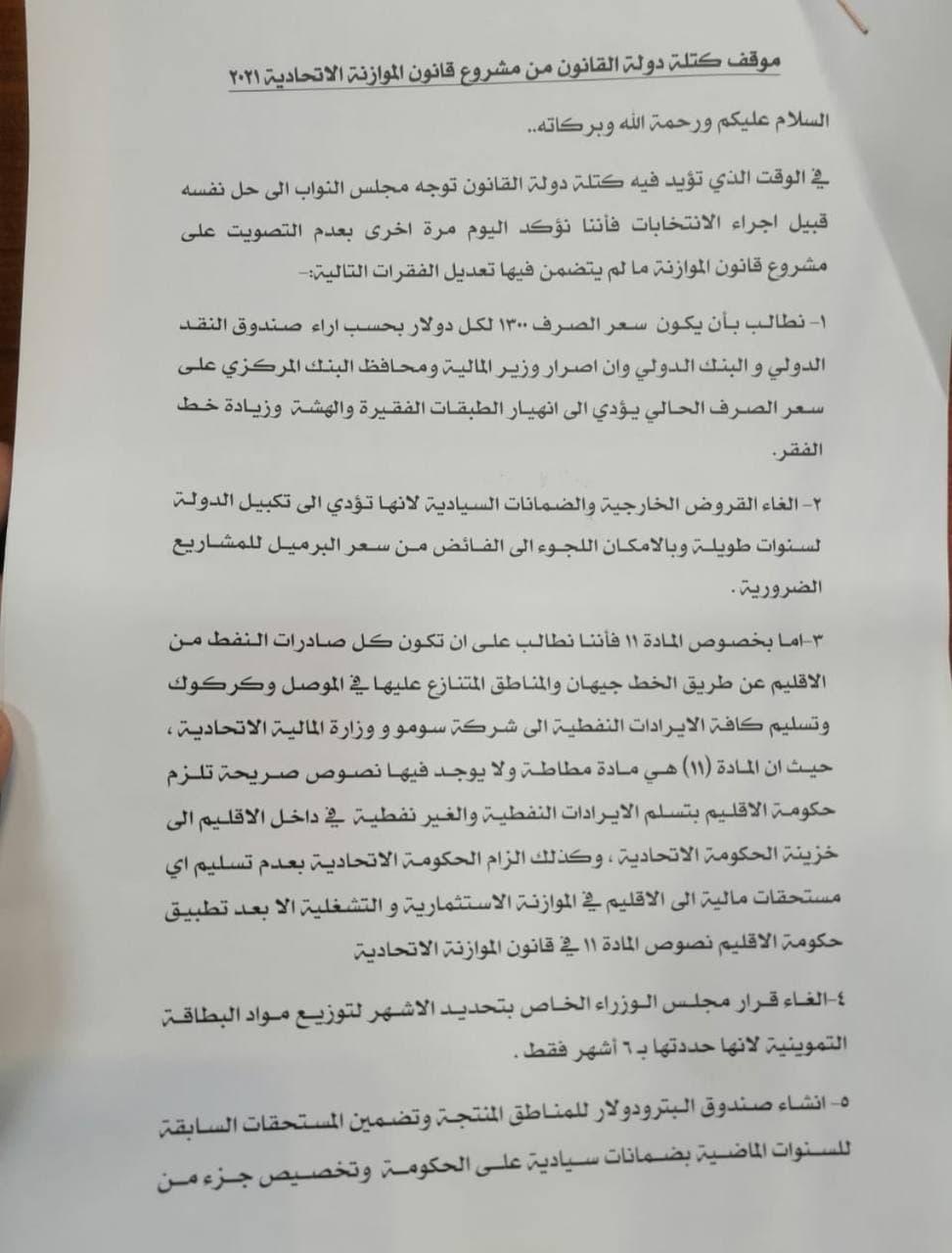 Similar topics
» 10 Split from Malikis bloc in Baylon - threatens to sack government
» Iranian fingers reach the Iraqi judiciary to reconsider the concept of the largest bloc
» Kazemi's first economic action after his return from Europe
» Abdul-Mahdi: I will lift the parliament request for my resignation
» The World Bank is preparing to increase cooperation with Iraq and support the response to the financial crisis