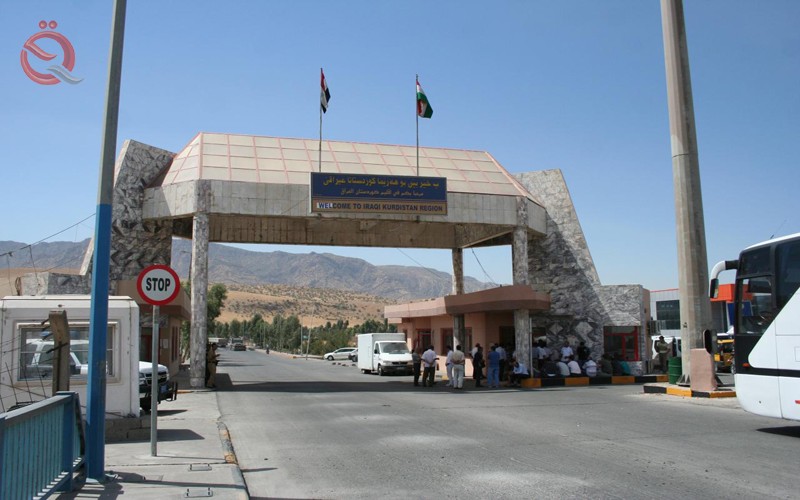 A border crossing between Iraq and Turkey

The head of the Industrialists and Businessmen Association in Turkey and Iraq, Nawaf Kilic, said that Turkish businessmen are making unremitting efforts to raise the volume of Turkish foreign trade with Iraq to 50 billion dollars.

Kilic stated that Turkish brands make up about 90% of those spread in Iraqi shopping centers, as well as being the most preferred among other brands there, according to Anadolu Agency.

Kilic pointed out that the volume of Turkish foreign trade with Iraq last year exceeded 20 billion dollars, and that Turkish businessmen aim to reach 50 billion dollars.

He explained that one of the most important problems faced by Turkish businessmen working in Iraq is related to obtaining an entry visa to the country.

He pointed out that the Turks can obtain a one-month entry visa in the Kurdistan region of Iraq, but it does not entitle the owner to enter other Iraqi regions.

And he added that many Turkish businessmen could not strengthen their commercial relations with other Iraqi cities outside the Kurdistan region, due to difficulties related to obtaining a visa.

He reminded KILIC that Iraq is the second largest importer from Turkey after Germany, according to 2013 data, and that commercial traffic between the two countries witnessed a remarkable decline after the problems that Iraq witnessed in 2014, as a result of the emergence of the Islamic State.

However, he said that Turkish exports to Iraq were recently able to achieve about $ 9 billion, at an annual rate.

He stressed that Iraq is a very important partner for Turkey among the neighboring countries, "when you wander around the Iraqi markets and shopping centers, you will see that about 90% of the existing brands are Turkish."

"We can say that there is a great demand for Turkish brands in the Iraqi market," he said.

Kilic added that the Khabur border gate between Turkey and Iraq is one of the gates that witness the most momentum in commercial movement around the world, as it provides a passage for about two thousand trucks per day between the two countries.

He stated that Iraq has 9 border gates with Iran, while there is only one border gate with Turkey, indicating that the owners of commercial activities in the two countries are calling for the opening of 5 additional gates to strengthen the bonds of trade exchange.

He pointed out that the movement of trade exchange between Iraq and Turkey did not stop during the Corona pandemic, in conjunction with taking the necessary measures in the border areas.

KILIC noted that Turkish contractors were getting projects in the public and private sectors in Iraq worth 5 billion dollars annually until 2013.

He added that the Kurdistan region of Iraq is considered a center for the collection and distribution of Turkish products to all Iraqi provinces, stressing that Turkish businessmen are working to build more commercial relations with their counterparts in Iraq.