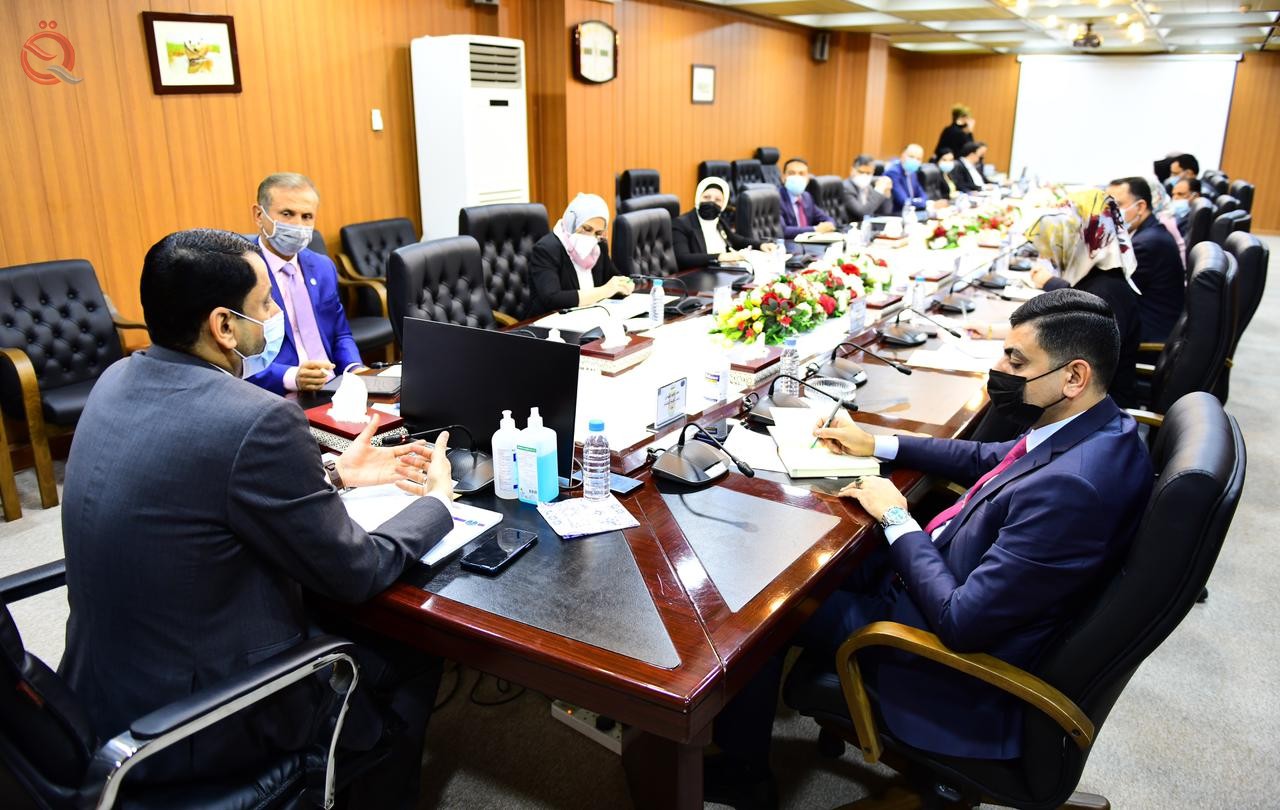 The Secretary-General of the Council of Ministers, Hamid Naim Al-Ghazi, discussed with the Iraqi Private Banks Association the mechanism of the Mutanabi Street development project, within the framework of the "Tamkeen" initiative launched by the Central Bank and the Association of Iraqi Private Banks.
The Secretary-General was briefed on the graphic display of the implementation stages of the project, which turns Al-Mutanabi Street into a unique cultural and heritage edifice at the country level, and includes the unification and numbering of its facades, as well as light engineering that mimics the Sumerian and Babylonian cultural heritage, as well as the establishment of modern entrances to the street, as a source of cultural and literary radiation in Iraq.
The Secretary-General called during his presidency of the meeting of the Coordination Committee of the "Tamkeen Fund" financed by private banks, according to a statement received by "Al-Eqtisad News", to expand the scope of the initiative to include more regions and cities, praising the initiatives launched by the Iraqi Private Banks Association, with the support of the Central Bank of Iraq. In coordination with the General Secretariat of the Council of Ministers.
He emphasized directing the ministries and relevant authorities to facilitate the implementation of the initiatives of the Central Bank and the Association of Iraqi Private Banks, lifting administrative obstacles and reducing any possible red tape. To complete projects on time.
For his part, the head of the Iraqi Private Banks Association, Wadih Al-Handal, reviewed the association’s role in the projects that were implemented through the Tamkeen Fund financed by private banks, and future projects planned within the subsequent periods, the most important of which are the development and rehabilitation of Al-Mutanabi Street, the Institute for Leadership Development, as well as the inclusion of a number of The provinces in the process of development and rehabilitation and the association’s contribution to treating critical cases outside Iraq.