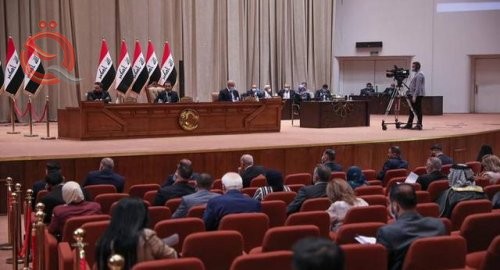 Representative Ghayeb Al-Amiri, a member of the House of Representatives, confirmed, on Tuesday, that differences are still going on over the region's share of the budget.

Al-Amiri said in a televised interview with "Al-Ektissad News", that "disagreements are still going on over the region's share of the budget," stressing that "no final agreement has been reached on Article 11 of the budget."

He added that "there are differences about Article 11, external borrowing, degrees of deletion and creation," noting that "some political blocs have introduced additional materials to the budget."

He pointed out that "raising the exchange rate of the dollar came in agreement with the prime minister with the political blocs."

He continued, "The budget has shifted from technical to political," indicating that "budget loans are necessary for service projects and the opinion of the Finance Committee," likely "passing the budget during the next Wednesday and Thursday."

For his part, MP Hamid al-Mousawi said, "The presidency of the parliament bears the responsibility for delaying the approval of the budget," noting that "most of the deputies were present at last Sunday's session and the parliament presidency did not hold the session."

He added, "The inclusion of the dollar exchange rate in the budget is an incorrect procedure," stressing that "the price of oil is supposed to be placed in the budget in Iraqi dinars."