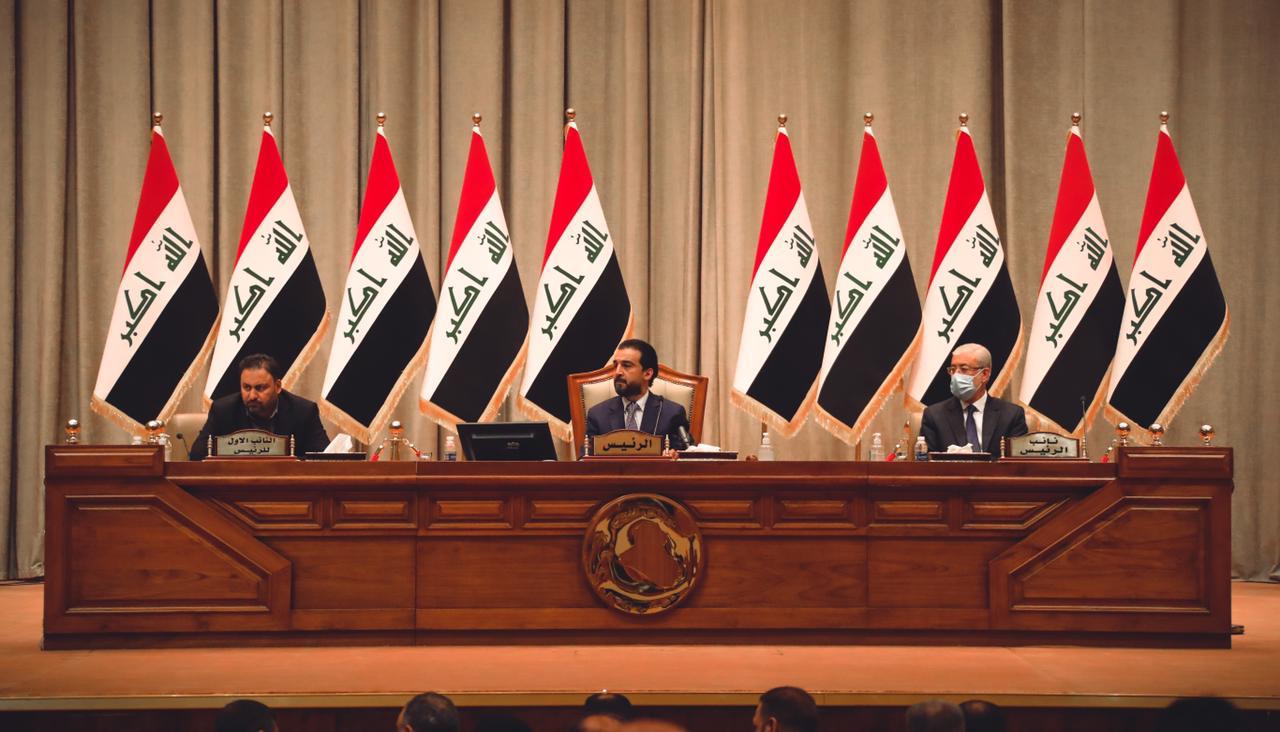 Parliament Speaker Muhammad al-Halbousi confirmed, Tuesday, that legislating the budget is an important step, calling on all MPs to attend the voting session tomorrow, Wednesday.
Al-Halbousi said in a statement received by Mawazine News, a copy of it, "Legislation of the Federal Budget Law for the fiscal year 2021 is one of the important steps, because it prejudices the interests of the citizen, and the paragraphs it bears that directly address his needs," stressing that "the law enables the government to To proceed with the implementation of its government program, and to support service projects that affect the daily life of the citizen.
Al-Halbousi called upon the distinguished members of Parliament to "attend tomorrow, Wednesday, at 1 pm, to hold the long-awaited vote on the budget law," noting that "the names of attendees and absences will be presented to the public opinion."
According to the Presidency of the Parliament, the agenda for tomorrow’s session will include the presentation of the request submitted by the political forces, which is supported by the signing of more than 172 deputies to vote on the dissolution of the Iraqi parliament in its fourth session, in accordance with the provisions of Article 64 first of the Iraqi constitution, and this step comes in response to popular demands for elections.

It is early, and thus the parliament has fulfilled all the requirements and practical steps to conduct early elections, including the formation of an independent commission of judges, the legislation of the House of Representatives election law, and voting on the First Amendment Law (Order No. 30 of 2005) Federal Supreme Court Law.

Similar topics
» The Presidency of the House of Representatives invites members to attend the session tomorrow, Wednesday, to vote on the budget / expanded
» MP rules out vote on Ministers of Defense and Interior in tomorrow's session
» Parliament session tomorrow will not vote on the candidate of the Ministry of Education
» The most prominent of the session of the House of Representatives today .. Recognize
» Parliament will hold a special session tomorrow to discuss the demands of the demonstrators and the reform package