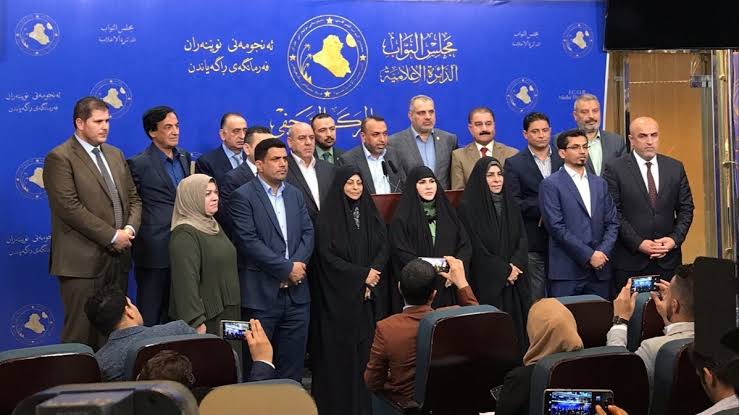 Shafaq News / On Sunday, the Al-Fateh Alliance informed the Presidency of Parliament that its deputies will not enter the voting session on the budget law, unless the dollar exchange rate is reduced.

A parliamentary source stated, to Shafaq News, that "Al-Fateh Alliance informed the Presidency of Parliament, heads of political blocs and ministers at the current meeting, not to enter the Council Chamber and vote on the budget law without reducing the price of the dollar."

The source added, "This decision caused a delay in the session, and the failure to reach an agreement to vote on the law."

The Parliamentary Finance Committee had confirmed its intention to pass the budget law, at Sunday's session, despite political blocs arguing in an attempt to obstruct the session.

The reporter of the Parliamentary Finance Committee, Ahmed Al-Saffar, told Shafaq News, "The political blocs are using the pretext not to enter the session hall to vote on the budget law."

The Presidency of the House of Representatives had set the ninth evening on Sunday as the date for the voting session on the draft budget bill.

Similar topics
» Political differences over election law may create delays in passage of 2014 budget
» The Financial Committee clarifies the first reading of the draft budget and the change of the dollar price
» Urgent 2021 Draft Budget ... Surprises in the price of the dollar, fuel, and employee allocations ("the government suggested fixing it at 1450 dinars to one dollar")
» Economic attributes the rise in the dollar price of Article 50 of the Budget Law
» The dollar is jumping in Iraq after the budget is approved and its price fixed