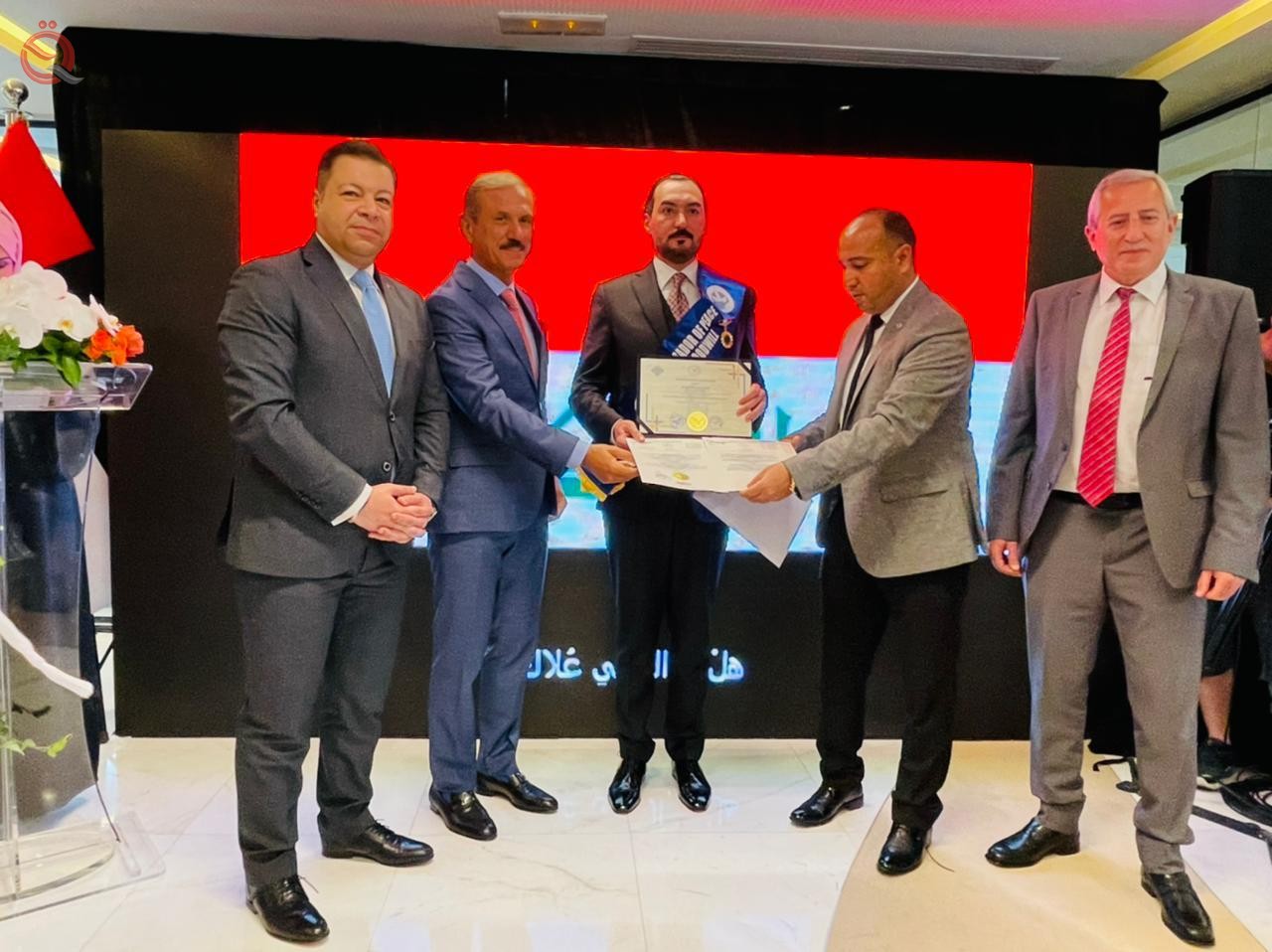 An official ceremony was held to mark the honor at the representative office of the International Development Bank in Dubai on Thursday 3/25/2021 in the presence of the Iraqi consul, head of the Iraqi Private Banks Association, VIPs, ambassadors accredited in the Emirate of Dubai, the Secretary-General and executives at the Arab European Center, and the International Prize for Economics was presented. The management of banks and the scarf of peace and goodwill ambassadors from the Arab-European Center, which is based in the Kingdom of Norway and operates under the Charter of the United Nations, where this award was previously awarded to kings, presidents, ministers and prominent humanitarian figures, including King Abdullah bin Abdulaziz (King of Saudi Arabia) in 2011 and Sultan Qaboos bin Said (Sultan) Oman) in 2017 and General Michel Aoun (President of Lebanon) in 2016 .

This honor came in recognition of Mr. Ziad Khalaf's great efforts in achieving the principle of pioneering work and community cooperation in support of the economic development process in Iraq through the development of the banking sector and the adoption of the latest practices in contemporary banking and the personal follow-up to provide the best services that live up to international standards and enhance transparency, institutional governance and management. Wise .

It is noteworthy that this award is a high-level and first-class international award granted for the first time in 2021 to commemorate the efforts of leading and prominent personalities in the economic development sector and bank management and the most influential and tender in this field and those who have actively contributed to the field of promoting economic development in the world through initiatives and approaches that are compatible With international development standards .

Similar topics
» Member of the Board of Directors of the Union of Arab Banks, Ziad Khalaf, confirms the high liquidity of the International Development Bank
» The Iraq Oil & Gas Show (IOGS)
» Ziad Khalaf: The Iraqi Summit For Digital Transformation Is A Gateway To The Country's Development
» Ziad Khalaf: The white paper clearly illustrated the roots of the structural problems in the Iraqi economy
» THE ARAB MONETARY FUND ORGANIZES, IN COOPERATION WITH THE INTERNATIONAL TAX AND INVESTMENT CENTER "REMOTELY", THE THIRD REGIONAL FORUM FOR TAXATION IN THE ARAB COUNTRIES "TAX MEASURES TO SUPPORT ECONOMIC RECOVERY IN THE POST-CORONA PANDEMIC CRISIS."