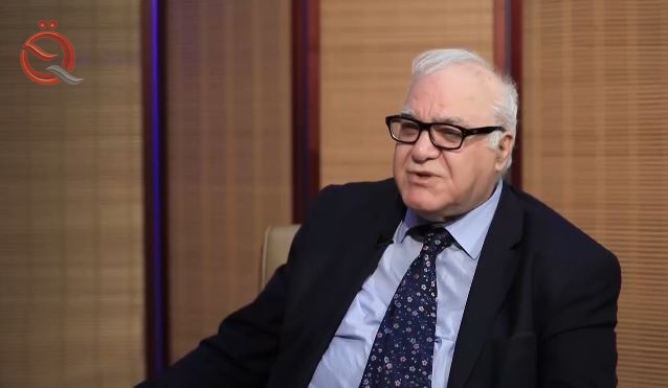 Advisor to the Prime Minister for Financial Affairs, Mazhar Muhammad Salih, confirmed, on Tuesday, that Iraq has not reached the stage of inflation, indicating that we are still within the one-decimal place.

Saleh said in a press interview, that "Iraq still has not yet reached the stage of inflation, as we are still within the one-decimal place," indicating that "before the adjustment of the dollar exchange rate, inflation in Iraq was slightly higher than zero."
He added, "People are sensitive to prices on the basis of a commodity, but we believe that inflation is an index measure with weights and every commodity has a relative weight," noting that "there is a commodity that may have increased 500 percent but its relative weight is little compared to vegetables or foodstuffs."
Saleh pointed out, "There has become a sense of prices after adjusting the dollar exchange rate, but it is still reasonable and that inflation is still acceptable, not at the individual level, but at the level of the general price index."

Similar topics
» Parliamentary Finance: Iraq reached the stage of "economic collapse" .. The real problem in the Central Bank
» Oil prices have reached 'bottom' - Iraqi minister
» International inflation is expected to reach inflation in Iraq to 2% during 2018 and 2019
» Rohani: We discussed with Saleh 5 economic issues .. The volume of exchange between the two countries reached 12 billion dollars
»  Bloomberg: The collapse in oil prices is setting the stage for the erosion of Gulf financial reserves