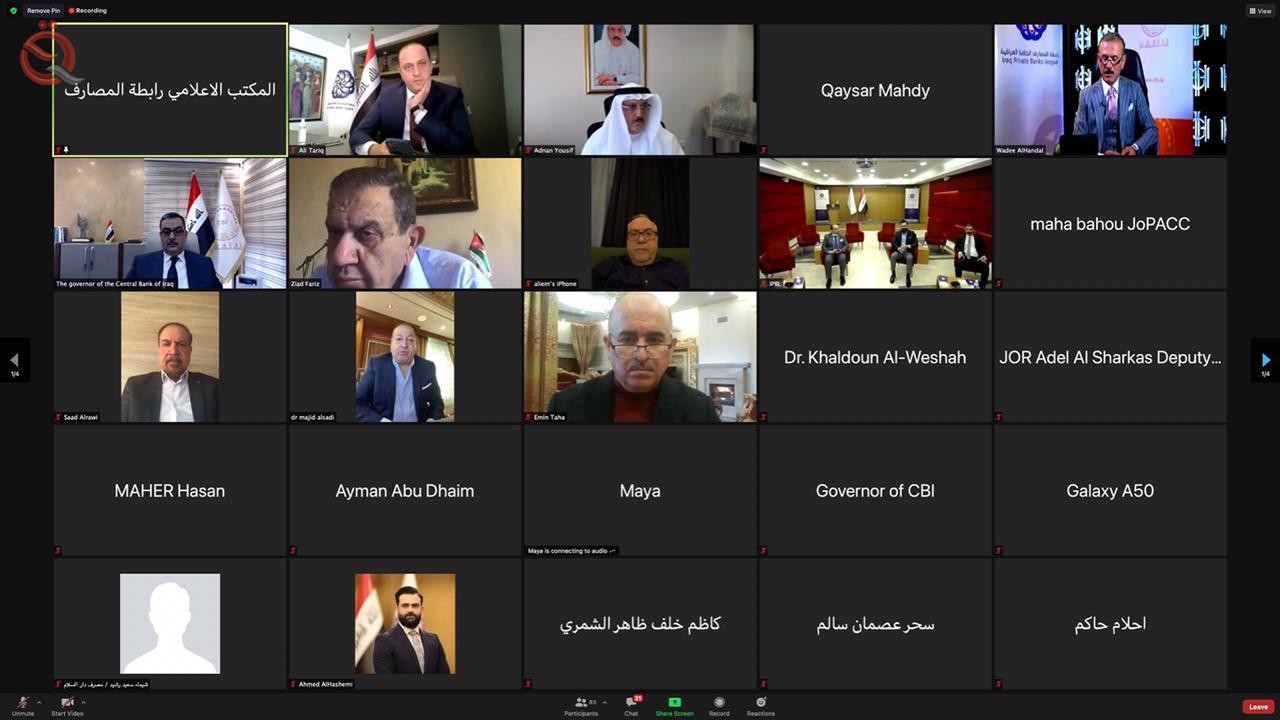 The Central Bank of Iraq announced, on Sunday, the participation of its governor, Mustafa Ghaleb Makhaif, in a symposium on "The Impact of Covid 19 on Financial Institutions", organized by the Iraqi Private Banks Association, along with the Governor of the Central Bank of Jordan, Ziyad Fariz, President of the Bahrain Banks Association, Adnan Youssef, and the President of the Association of Private Banks. Iraqi Wadih Al-Handal, which was attended by a number of Iraqi and Arab specialists and experts.
The central bank said in a statement received by "Al-Eqtisad News", that Kharif confirmed that "the Iraqi Central Bank has taken a series of measures to confront the effects of the Corona virus on the economy," noting that "the pandemic has led to an increase in bad debts by 18% during the year 2020, which requires Taking solutions that mimic the facts of the Iraqi reality, especially security and legal. "
He explained that "changing the exchange rate of the dinar against the dollar contributed to enhancing financial sustainability as a result of the high volume of foreign reserves and the strengthening of public finances, which increases the reliability of investors, lower production costs, increased competitiveness of local goods and the balance of payments balance through a decrease in the volume of foreign imports."
The governor stressed that "the biggest challenge is to reinvest the revenues generated from the process of lowering the exchange rate, which should contribute to building a production base outside the oil sector to act as a financial lever for the Iraqi economy and rid it of the problem of a single financial resource."
On the other hand, the head of the Iraqi Private Banking Association, Wadih Al-Handal, said, "The Central Bank of Iraq has taken effective steps to confront the impact of the Corona virus, including donations to support the health sector, delay payment of loan installments, reduce interest, and increase loans to move the economy to all small, medium and large enterprises in addition to To home loans. "
He stressed that "the Iraqi banking sector has taken a series of measures that alleviated the problems that faced those dealing with it," explaining that "the Association of Private Banks is working with the Central Bank to develop the banking sector."
This symposium comes in light of the international and local endeavor to find effective solutions that can support the various sectors to contribute to sustainable development.