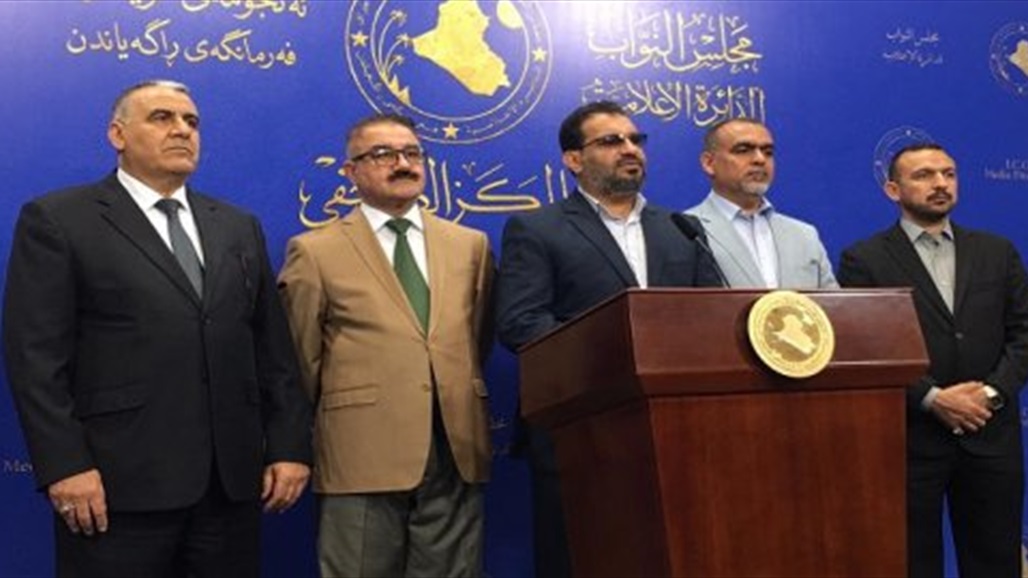 Today, Friday, the National Bond bloc announced a parliamentary move to adjust the exchange rate and include contracts in the budget.

The representative of the bloc, Faleh Khazali, said with a number of deputies in a press conference held in Parliament, that "300 thousand contracts in the Ministry of State and lecturers whose contracts have been canceled by the Popular Mobilization Forces and the state's obligations to complete more than six thousand projects," indicating that "several important observations must be made." Taking them into account in the budget, including the exchange rate, as there is pressure on the government to return the exchange rate because of its repercussions on the citizen, and there are observations about the benefits of the Kurdistan region.

He pointed out that "there is no database to the region’s employees, including the Peshmerga and Asayish, and there are opponents from Turkey and Syria who receive salaries from the region at the expense of the Iraqi citizen," noting that "there is information about the presence of more than three thousand space employees in the Kurdistan region."