The second setback to topple the five-year plan: 10 million Iraqis below the poverty line

The second setback to topple the five-year plan: 10 million Iraqis below the poverty line 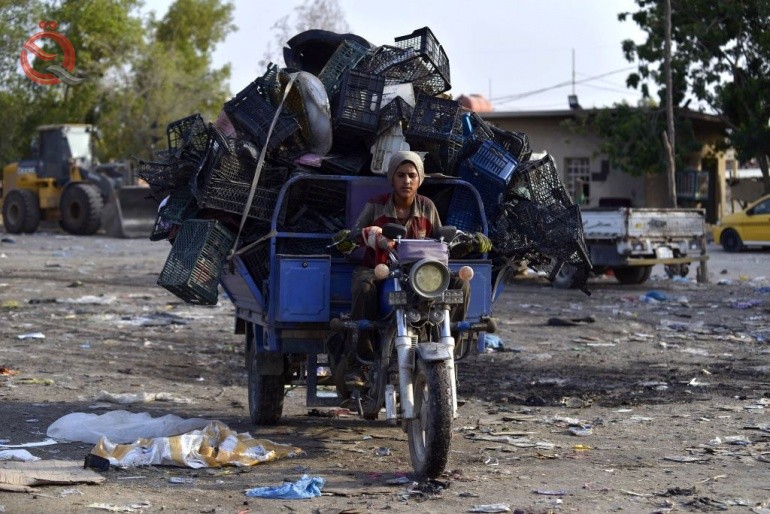 Half of the population in 3 southern governorates has been living below the poverty line for more than two years, while the Commission for Human Rights recommends employing the unemployed and improving salaries to address the problem.

Specialists in economic affairs also recorded a 25% decline in purchasing power after the decision to devalue the currency was taken.

The Ministry of Planning attributed the reason for the high poverty rate to the health closure that has been in place since 2020 and the decline in oil exports.

The ministry’s spokesman, Abdul Zahra al-Hindawi, explained that “according to a study conducted by the Ministry of Planning and with follow-up by the World Bank in 2020, the poverty rate reached 25%,” adding that the poverty rate had reached 31% at the beginning of the Corona pandemic and the imposition of the first curfew (March 2020). And the accompanying repercussions of low oil prices, an economic downturn and the closure of commercial centers and markets, but the percentage stabilized at 25% after lifting the embargo restrictions and easing measures in the second half of last year.

He stressed that "approximately 10 million Iraqis live below the poverty line."

According to the last statistic before the pandemic, which was published in February 2020, the poverty rate was 20%, equivalent to 8 million Iraqis who were below the poverty line.

A spokesman for the Ministry of Planning indicated that "the largest share of poverty went to Al-Muthanna Governorate, as poverty reached 52%, and then came the governorates of Dhi Qar and Diwaniyah, with rates 49-48%."

In comparison with the pre-Corona statistics, we find that Muthanna and Diwaniyah did not witness an improvement in the living situation, while the rate of Dhi Qar decreased from 44% to 48%.

As for the capital, Baghdad, the poverty rate was about 13%, and the poverty rate ranged in the governorates of Anbar, Salah al-Din, Nineveh, Kirkuk and Diyala between 30-40%, and in the Kurdistan region the percentage was approximately 13%, according to al-Hindawi.

Al-Hindawi attributes the increase to "exceptional and emergency circumstances." He pointed out that "the five-year plan that was drawn up did not withstand this crisis that swept the whole world and affected it."

The strategy suffered two setbacks, the first in 2014 when armed organizations invaded large parts of Iraq, and the second, the Corona crisis.

A spokesman for the Ministry of Planning said, "The government is working on taking measures and policies that would support poor families, including increasing financial allocations for the social protection network," noting that "the network includes one million and 400 thousand families, and there is a tendency to increase the number of people covered."

In turn, the specialist in economic affairs, Basem Jamil Antoine, says that "the rate of poverty is determined by the income achieved by the individual," explaining that "an individual whose salary or income is about 110 thousand dinars per month is below the level of the poverty line, and if he is below 60 thousand it is considered extreme poverty." ".

Antoine pointed out that "the poverty line is determined by the criteria of unemployment, the rates of work, and the workers," noting that "to reduce poverty rates, it is necessary to provide income by creating job opportunities for the unemployed," stressing that "most of the poor are the owners of the private sector."

The economist adds that "creating job opportunities and operating the productive sector from agriculture, industry and tourism will generate income that reduces the cause of poverty," noting that "the second measure is housing. If housing is available to the citizen, then it is also an income."

Antoine points out that "job opportunities have ceased to exist in light of the Corona pandemic and the curfew, which led to an increase in unemployment, which in turn created this percentage of poverty."

For his part, Fadel Al-Gharawi, a member of the Human Rights Commission, said, "The poverty line is still one of the problems and challenges that have serious effects on the basic rights of the citizen and the huge number of people who fall under this line and lose on a daily basis the living requirements and not guarantee their rights."

Al-Gharawi added, "Our vision is to address the poverty line in a realistic way and deal with these numbers and data through a set of urgent and quick measures to include all citizens with social aid salaries and a protection network."

A member of the Human Rights Commission recommended that "the lowest salary that a citizen receives is not less than 500 thousand dinars, in addition to creating job opportunities in the private sector and financing people who are below the poverty line with long-term, interest-free loans for the purpose of housing and the establishment of small productive and investment projects."

A member of the Commission for Human Rights called for "setting up an international and governmental aid fund for the total amounts allocated from oil revenues to people who are below the poverty line and placed in a special account for them as government financial coverage until the realities of human rights and the reality of the economic and humanitarian situation in Iraq are improved."