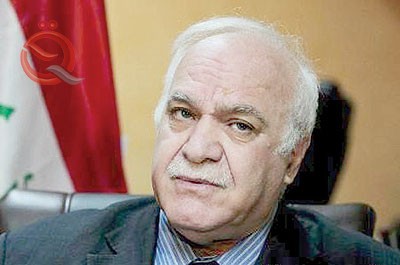 The financial advisor to the Prime Minister, Dr. Mazhar Muhammad Salih, stressed that the call for privatizing government companies is due to their low efficiency and exposure to losses and problems.
Saleh said in his speech to Al-Sabah newspaper, which was seen by "Al-Eqtisad News", that the reasons for the issuance of Public Companies Law No. 67, which requires the legislature to cancel any state-owned company whose losses are consecutive over a period of three years, and then the decision is either to restructure or merge those losing companies Or finding a partner or converting it to a public shareholding company, in order to improve the productivity of these losing companies through privatization, that is, when the company is expired or expired, but it has some assets when this is privatized in a way that improves the potential of the company.
He pointed out that the problems facing stumbling companies are either mismanagement, production, or the problem in operating, that is, in the efficiency of those companies, although the focus is always on the issue of ownership .
Saleh pointed out that there are projects that can be privatized while they are lost and are due to the state. There is nothing wrong with privatizing them, but that this approach should not be a general context aimed at liquidating state property and creating confused ideological noise filled with a lack of understanding, and it is imperative that the national interest prevail above everything .
Noting that the calls for privatization were regardless of their political or ideological motives related to globalization, as this idea stemmed from the low efficiency of state-owned companies and exposing them to losses and the problem here is not in the ownership of the company but in the work of the company, which led to the issuance of the Public Companies Law .

Similar topics
» Al-Kazemi’s Advisor: The Next Government May Adjust The Dollar Exchange Rate
» In 5 steps, Al-Kazemi's advisor reveals the government's efforts to increase budget revenues
» Advisor Al-Kazemi: The government has succeeded in filling the deficit gap and facing the recession within a year
» Abdul-Mahdi: I will lift the parliament request for my resignation
» ADVISOR AL-KAZEMI: THE GOVERNMENT INTENDS TO SEND THE DRAFT 2021 BUDGET BILL AT THIS TIME?