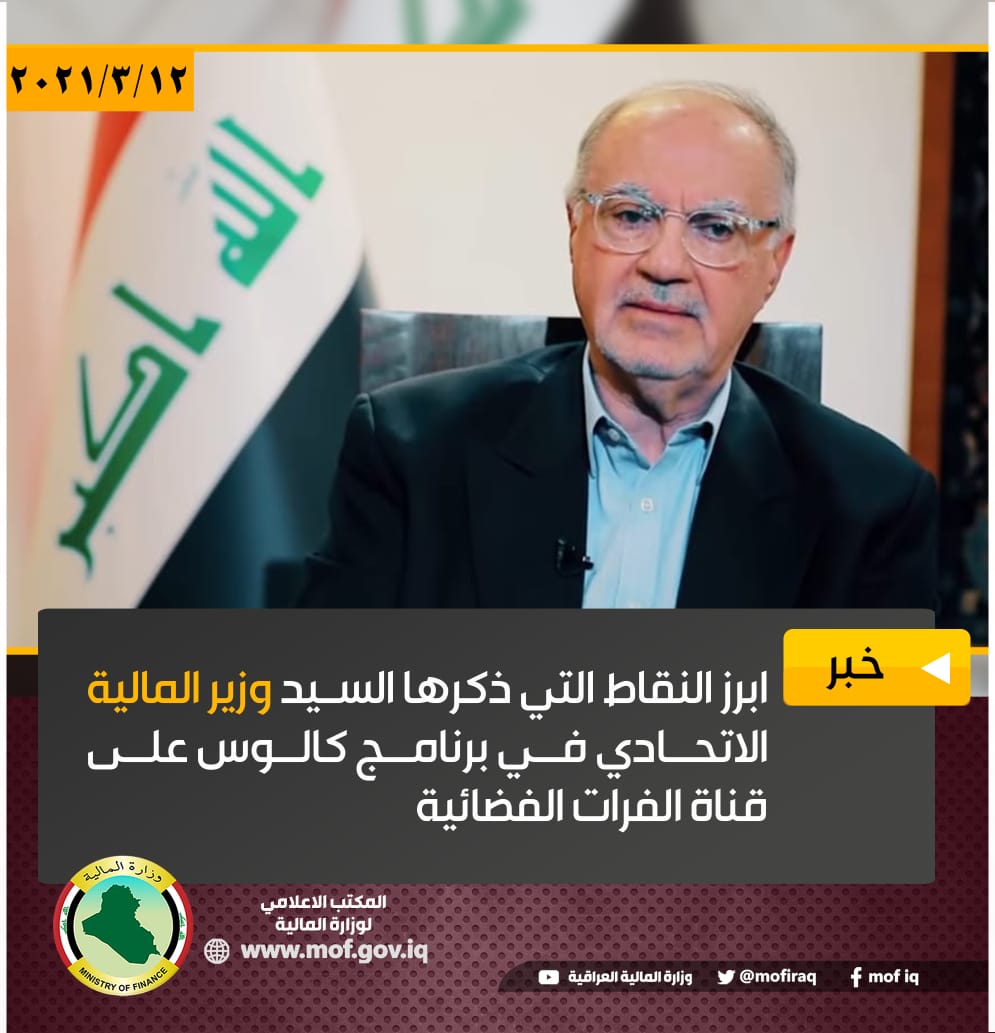 Similar topics
» Biography - Ali Abdul Amir Allawi
» Dismissal of the most failed finance minister, Abdul Amir Allawi
» Document .. Ali Abdul-Amir Allawi withdraw his candidacy for the post of Minister of Finance and Planning
» Jaafari, Chalabi, Allawi and Abdul-Mahdi stress the need to accelerate the formation of the government in accordance with a steady program
» Parliamentary planning calls for meeting Abdul Mahdi to agree on the implementation of his ministerial program