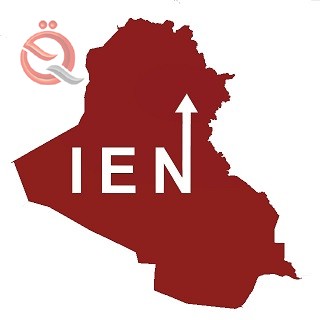 Economy News - Baghdad
The Iraqi Economists Network announced that the Parliamentary Finance Committee exceeded its powers in amending the draft federal budget law for 2021, noting that the amendments of the Parliamentary Finance Committee did not seek to implement any of the reforms proposed in the white paper.
And "Al-Eqtisad News" publishes the text of the press release published by the Iraqi Economists Network:
The rhetoric surrounding the 2021 Federal Budget Bill is worrying. The draft was radically revised by the Parliamentary Finance Committee, which exceeded the powers of the committee. But this review came in a way that did not affect the structural problems in the Iraqi economy, and neglected the reforms required in the short, medium and long terms in particular. There is no indication in this review that the Finance Committee has made radical amendments to the draft budget law that take into account standards and scientific practices in formulating budgets and rational financial management .
In addition, the budget formulation process and the subsequent review and correction lacked an adequate level of transparency, and it exceeded the deadlines and control measures stipulated in Financial Management Law No. 6 of 2019 .
In this context, the network of Iraqi economists expresses its serious concern about the failure to pass the budget law due to sharp differences not only with the Kurdistan region, but also among other political blocs and because of the imminence of the early elections, and it fears that this will be the third year without a general budget. Therefore, we call on all political forces, representatives, academics, citizens and civil society organizations to work for the use of the Federal Budget Law as a tool for reform, and in order to address structural problems and end the imbalance in Iraq's economic and financial policies .
The statements issued by members of the Finance Committee and some leaked information about the ongoing discussions confirm that Iraq's 2021 budget is not consistent with the reform plans announced by the government, in particular the White Paper in addition to other policies, strategies and reform plans in the past years. This deviation can lead to disastrous results, and the Iraqi economy remains vulnerable to external shocks as a result of fluctuating oil prices, while the severe problems related to unemployment and the escalation of poverty rates are ignored, especially among the youth .
The debate over the federal budget was dominated by the rentier mentality of political forces, which will ultimately keep the Iraqi economy stuck in front of the same challenges, imbalance and fragility .
It appears that the draft federal budget as amended by the Finance Committee did not seek to implement any of the reforms suggested in the White Paper. In fact, the government draft has adopted certain financial and monetary measures, such as imposing taxes on the salaries of state employees, imposing additional taxes on sales, and reducing the value of the Iraqi dinar, and these all face strong opposition from some parliamentary blocs that threaten not to vote on it, and we fear disrupting a quorum The voting session and imposing political deals .
In addition, the Iraqi Economists Network expresses its concern about the miscalculation by many members of the House of Representatives and the Finance Committee regarding the daily rise in the price of crude oil to about $ 70 and the demand to amend the average annual price approved in the draft government budget by $ 42 per barrel. Means shuffling of leaves. Undoubtedly, the high price of oil will improve the level of oil revenues and reduce the size of the planned deficit in the short term only, but on the other hand, it will not contribute to reducing dependence on oil exports and diversifying the production base of the national economy. What we fear is the expansion of government employment and the exacerbation of the sagging government administrative apparatus in an attempt to win the satisfaction of the unemployed young protesters .
Oil rents will not guarantee sustainable development and achieve social justice and decent living for all segments of Iraqi society unless the political and economic decision-maker implements numerous packages of structural and institutional reforms that help end the rampant corruption in the state, impose the rule of law, improve the investment climate and revive the private sector. Rising oil prices should be used to achieve these goals, and the increase in oil revenues should be directed to the Reconstruction and Investment Fund instead of feeding the clientelism and political favoritism networks of the ruling political parties .
The Iraqi Economists Network calls on Iraqi lawmakers, the Council of Ministers and political leaders to employ the federal budget and increase oil prices as an opportunity in order to address structural economic problems and not to be involved in short-term policies in order to obtain electoral gains .

The network of Iraqi economists also stresses that decision-makers should rationalize operational spending in favor of investment expenditures and raise their share of what is currently planned by 17% in the government draft to 35% as a minimum of total expenditures in order to move the economy and generate new job opportunities for unemployed youth.