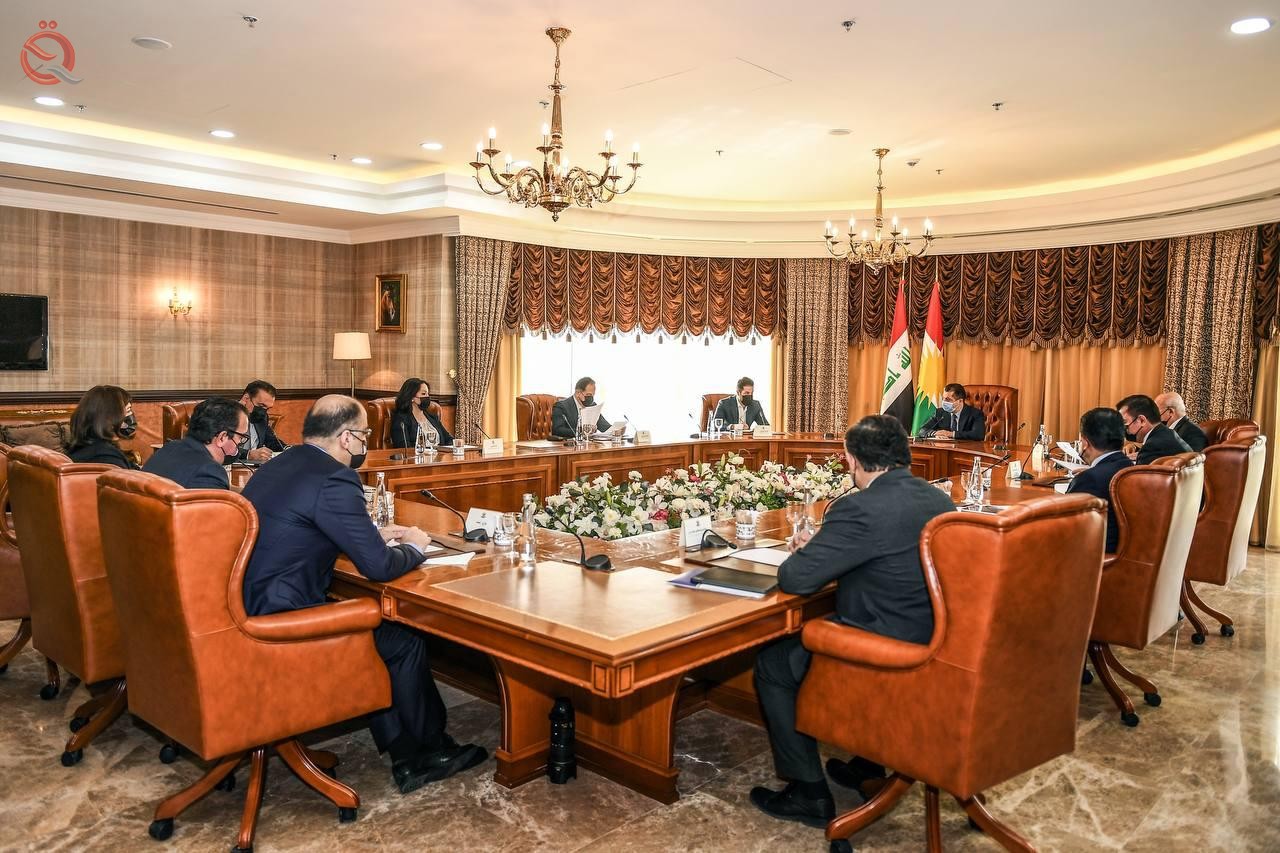 The President of the Kurdistan Regional Government, Masrour Barzani, participated, on Tuesday, in a special meeting on the ongoing preparations to draft the Kurdistan Regional Budget Law for 2021.
The regional government said in a statement received by "Al-Eqtisad News", that "discussions were held regarding the current financial situation in the region and the ongoing preparations for drafting the Kurdistan Regional Budget Law for the year 2021, as well as discussing the data, expenditures and estimated revenues of the ministries."
The meeting stressed, according to the statement, "the importance of preparing a budget bill that takes into account all the possibilities and guarantees a realistic and transparent budget that depends on oil and non-oil revenues, as well as the fiscal deficit and actual expenditures, with the aim of enhancing transparency in public finances in the Kurdistan region."
The meeting witnessed "discussions about the latest developments in the draft federal budget law for the year 2021, which it is hoped that the parliament will vote on it next week."
The head of the regional government stressed, according to the statement, "the stable position of the Kurdistan region in order to reach a radical solution to the outstanding problems between the two sides, including the file of the region's financial dues based on the constitution."

Similar topics
» with participation of 15 countries .. Launch of the International Exhibition for Industries and Energy in Erbil
» ADVISOR AL-KAZEMI: THE GOVERNMENT INTENDS TO SEND THE DRAFT 2021 BUDGET BILL AT THIS TIME?
» Barham Saleh holds an emergency meeting to discuss the dismissal of the government and the announcement of a transitional government
» Central Bank: We are preparing to launch a package of measures that will achieve a balance in the exchange rate
» Before approving the 2021 budget ... the government begins preparing another budget