Hello everybody,
Can't believe I'm writing this but somehow the Iraqi scam is raising it's ugly head again. I believe the people are not doing it on purpose, but they allowed Charlie Ward into the patriot movement and Santa Surfing is pushing Nesara that was written in about 2005 saying we're all going to get a million dollars and the dinar,dong, and xim will 1usd to theirs. I'm doing what I'm good at lol getting on their chat rooms telling them it's a scam but I need help. these people don't understand their pushing a scam. The youtube sites are,
https://www.youtube.com/channel/UChPfCfdJqhzZAG30fhAa00Q
I absolutely believe she doesn't know she's pushing a scam
here's Scott who I think is being snowed on https://www.youtube.com/channel/UCQzUWxrzsCvl4w9dynzOFZg
Please take the time out and show them the facts TY and I love u.

The Dinar scam never left, but has been dwindling over time. Those who aren't on the crazy train are able to see through the Gurus and their continuous lies.

Facts! They still aren't able to get around them, but throwing out their distractions still shows their unwillingness to accept the reality that it can't even succeed.

Most are still stuck on the "old" Dinar going to be exchangeable at the "new" (Delete the zeros) Dinar rate, without doing the conversion first, making them instant millionaires.

As long as these Gurus can make money from ads, donations, etc., it wont stop. Folks knowingly, and unknowingly, pay them to keep the lies going.

As you know, asking the question "Who is going to pay you more for a currency than it's worth?" and you'll get a variety of answers, none of which can be backed by proof or facts to support it.

Dave Schmidt is even making a comeback to Dinarland after his Meta 1 Coin debacle failed. He knows Dinarland is a moneymaker. He is going to depend on his sheep not being able to remember what they ate for breakfast. LOL

ty buddy, i hate seeing it spread into what i thought was a serious group i was listening to. Now i have to question that lol. Yeah they are banning a lot, even dr Seuss lol. I cant share any posts on facebook now, it just doesn't work. 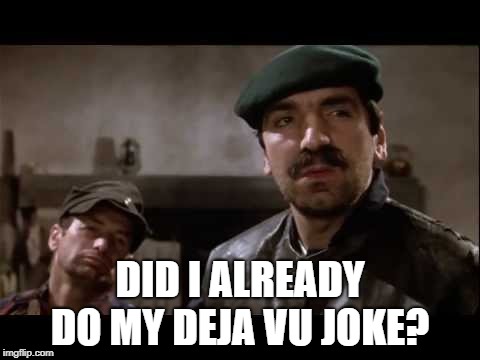 Page 1 of 1
Permissions in this forum:
You cannot reply to topics in this forum
Who is online?
In total there are 96 users online :: 2 Registered, 0 Hidden and 94 Guests :: 3 Bots