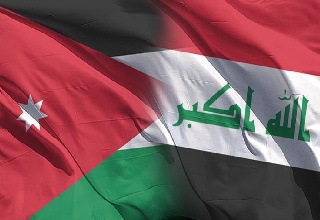 The International Monetary Fund described the government's orientations to reform the national economy as the task, and affirmed that Iraq is able to achieve comprehensive development, provided that medium and long strategic plans are prepared. International in Iraq, Ghazi Shbeikat.

Below is the text of the interview:


* How does the International Monetary Fund view the Iraqi economy and how is it affected by the Corona pandemic?

There is a significant decline in state resources, which barely covered the payroll and retirement bill in the first months of 2020. There was a decline in economic activity by 8 percent in the non-oil sector, while the oil sector declined by 11 percent due to production cuts in compliance with the OPEC + agreement. The budget deficit increased to 20 percent and the external sector deficit increased to 15 percent of GDP. Financing these deficits significantly increased the debt ratio and decreased foreign exchange reserves.

* What are the best methods of achieving the economic advancement of Iraq?

- The Iraqi economy should not continue to depend on oil as the only source of public financial revenues and the balance of payments, and here we stress the importance of diversifying the Iraqi economy and paying attention to production and clearing the way for the private sector, to take the initiative in leading the economy towards exports and achieving economic growth. Prudent policies and strategies in the fields of education, health, communications, and technology, for example, in addition to that, the social protection network needs to be strengthened to protect the most vulnerable, and in order for the government to carry out its developmental tasks, financial space must be created, and this requires controlling operational expenditures, Especially the salary and retirement bill, through reforms in the civil service system and the pension system, as well as reforms in the electricity sector, which constitutes a great burden on the state's resources.

* What are the most important ways to overcome the trend towards borrowing?

There is local and external borrowing. It is natural for countries to borrow locally or abroad to finance some projects, but the important thing is to take into account the ability to pay in terms of the size of borrowing, its costs and its importance to the economy, so it is not permissible for the state to borrow to finance salaries and consumption expenditures, but rather there must be investment projects that generate income for the state that enhance its public finances It is able to pay its external obligations, and to overcome borrowing, it is necessary to reduce public deficits and to exploit the recovery periods of the oil market to build oil surpluses that can be used in times of declining prices, and this avoids borrowing and at the same time reduces the economic fluctuations that prevailed in Iraq as a result of linking government spending. Oil prices. Oil exporters also tend to provide oil revenues for future generations, in addition to providing basic needs (most oil exporters have sovereign wealth funds).

* How does the fund view the government's actions to devalue the currency?

- The International Monetary Fund supports the devaluation of the Iraqi dinar, because it helps reduce external imbalances, preserves foreign reserves and strengthens public finances, as reducing the value of the dinar helps reduce the budget deficit and improves the trade balance by stimulating exports and restraining imports, and also helps to maintain a comfortable level of reserves Moreover, the reduction has reform effects on the labor market by affecting real incomes and stimulating the private sector, to take the initiative in directing the wheel of the economy.

Of course, the reduction in the exchange rate has social consequences that require mitigating them as much as possible. It is certain that reducing the value of the dinar will result in an increase in the general level of prices, especially since imports in the consumer basket in Iraq constitute a high percentage, and here we stress the need to increase allocations to the social safety net and expand A database of the beneficiaries to ensure its adequate coverage and protection of the groups whose purchasing power has been affected by the reduction.

* What does Article 4 mean, and are there details about its content?

Article 4 consultations are consultations and discussions on economic conditions and policy priorities that the fund conducts periodically (usually annually) with member states, and it is a requirement of Article 4 of the IMF agreement that member states must abide by. Accordingly, a team of IMF economists visits the member country to assess the economic and financial developments and discuss the economic and financial policies of the governments and central banks of the state, and the consultations mostly include meetings of parliamentarians, businessmen, trade unions and unions and civil society institutions, and the Fund conducted the last of these consultations at the end of 2020 and approved The Fund's Board of Directors, the experts' report in February of this year, and the report can be viewed through the link https://www.imf.org/en/Countries/IRQ

* From the fund’s point of view to Iraq, is there a possibility of advancing industrial and agricultural production, and what is the fund advising?

There is always an opportunity for advancement in any country, provided that the public finances are controlled and that prudent macroeconomic policies are followed that reduce waste, imbalance and mismanagement so that the private sector and small and medium enterprises can play their role. The industrial and agricultural sectors in Iraq are among the vital sectors that must be given great importance and motivated by modern legislation, and to provide support and financing for them to enable them to play their role in production, export and employment. Among other things, this requires improving the investment environment, strengthening the financial sector, providing adequate financing, enhancing infrastructure and accessing basic services such as electricity.

* Is there an Iraqi perspective to achieve comprehensive development?

Comprehensive development is a broad word that includes several medium and long-term strategies, and Iraq can achieve this in the long term by implementing reforms in public finances and strengthening them, as well as diversifying the economy and not relying on oil as the only source of revenue, and of course this requires reform policies and strategies in several In areas, including health, education, social protection, financial and banking sector, technology, communications, infrastructure, logistics and others, in addition to modernizing economic legislation, in order to attract foreign investment and contribute to the transfer of technology to Iraq, and there is no doubt that reforms take time, and their implementation does not It is done appropriately at times. Nevertheless, it is of utmost importance to continue to make gradual improvements, so that citizens feel the positive effects of the reforms, thus helping to accept them.