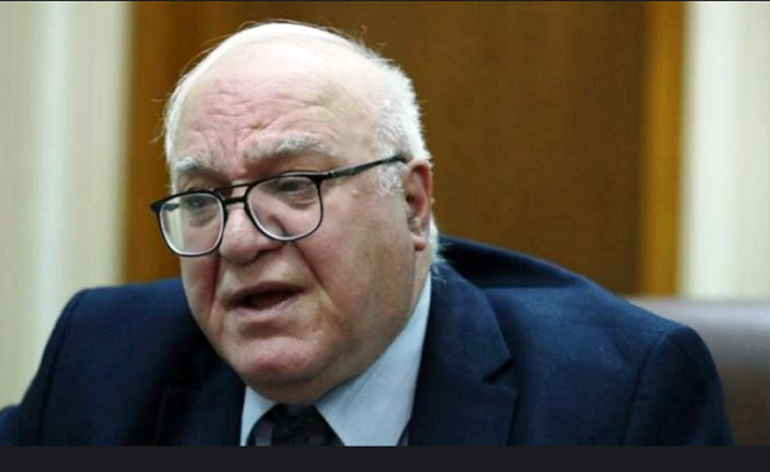 Shafaq News / The economic and financial advisor to the prime minister, Mazhar Muhammad Saleh, confirmed on Tuesday that wars and political changes have prevented Iraq from transforming and crossing the rentier economy stage.
Saleh said in an interview with Shafaq News; "Iraq has witnessed during the last four decades a lot of wars, sieges and political conflicts, which led to the dispersion of economic resources," indicating that "development was lost as a result of these wars and that the country needs a resource to keep things going and for people to live from it. Therefore oil remained the only resource and the Iraqi economy remained a monolithic economy." the side".
Added benefit; "Development, stability, diversification of the economy and transformation from the rentier economy needs political stability and stable institutions, which is what the state has missed over the years," adding at the same time that "Iraq has great economic experiences and minds, but the harsh conditions that Iraq lived due to external and internal wars A major impact on the survival of the rentier Iraqi economy. "
He pointed out that "there are three global models for countries to emulate economic development, including the State of Oman, which has witnessed during the past five decades continuous political and institutional stability, which has positively affected its economic development and diversification of its resources."
The Iraqi economy is characterized by a rentier, consumer economy that depends entirely on the proceeds from the sale of oil, which is the main source of the country's general budget.
During most of the months of 2020, Iraq suffered from its inability to pay the salaries of employees and retirees as a result of the drop in global oil prices, which reached less than $ 15.
https://shafaq.com/ar/%D8%A7%D9%82%D8%AA%D8%B5%D9%80%D8%A7%D8%AF/%D9%85%D8%B3%D8%AA%D8%B4%D8%A7%D8%B1-%D8%A7%D9%84%D9%83%D8%A7%D8%B8%D9%85%D9%8A-%D8%A7%D9%84%D8%AD%D8%B1%D9%88%D8%A8-%D9%88%D8%A7%D9%84%D8%AA%D8%BA%D9%8A%D8%B1%D8%A7%D8%AA-%D8%A7%D9%84%D8%B3%D9%8A%D8%A7%D8%B3%D9%8A%D8%A9-%D9%85%D9%86%D8%B9%D8%AA-%D8%A7%D9%84%D8%B9%D8%B1%D8%A7%D9%82-%D9%85%D9%86-%D8%AA%D8%AC%D8%A7%D9%88%D8%B2-%D8%A7%D9%84%D8%A7%D9%82%D8%AA%D8%B5%D8%A7%D8%AF-%D8%A7%D9%84%D8%B1%D9%8A%D8%B9%D9%8A

Page 1 of 1
Permissions in this forum:
You cannot reply to topics in this forum
Who is online?
In total there are 95 users online :: 2 Registered, 0 Hidden and 93 Guests :: 3 Bots