Nazem: The Pope's visit will bring economic and cultural benefits to Iraq

Nazem: The Pope's visit will bring economic and cultural benefits to Iraq

[size=36]Nazem: The Pope's visit will bring economic and cultural benefits to Iraq[/size] 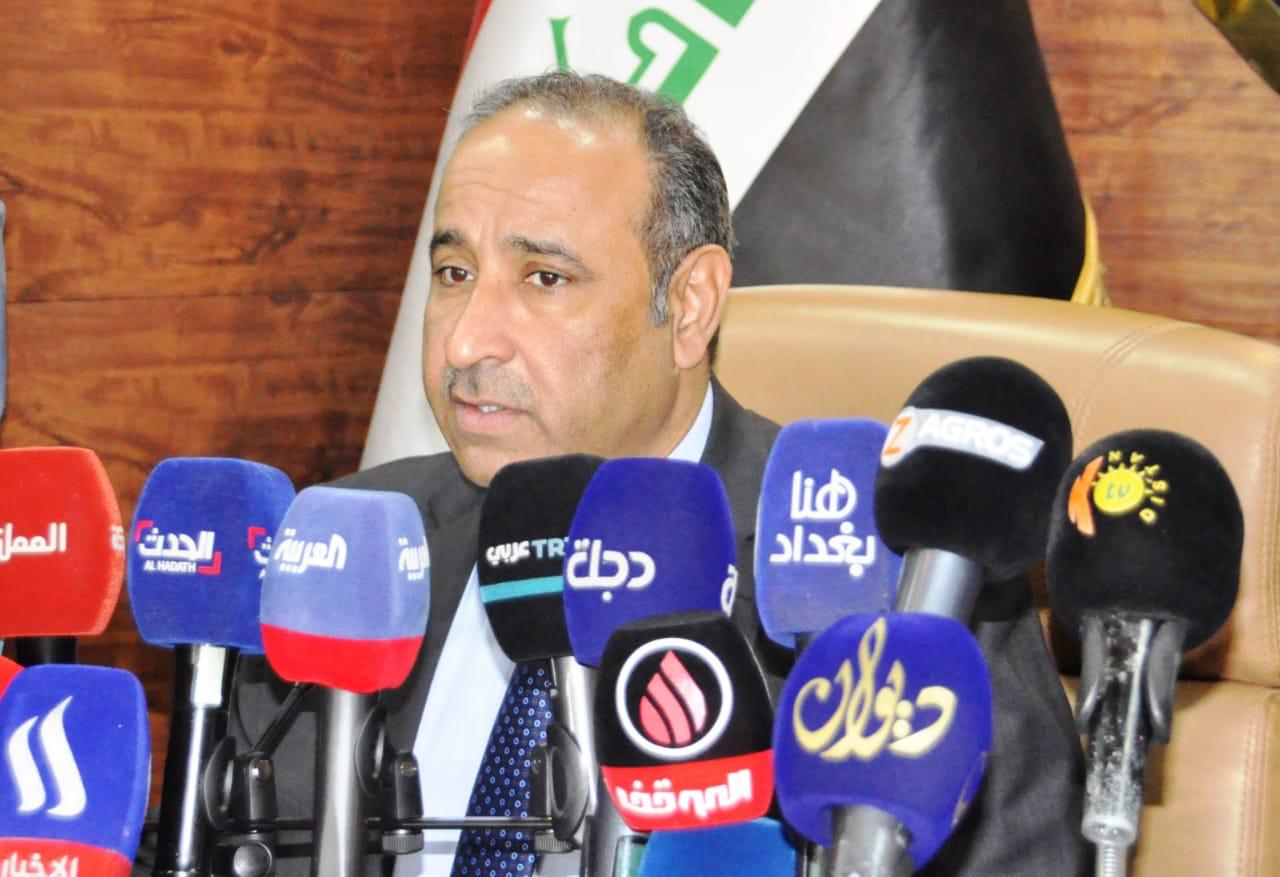 , the spokesman for the Council of Ministers, Minister of Culture, Tourism and Antiquities, Hassan Nazim, confirmed, on Monday, that the visit of His Holiness Pope Francis to Iraq will return to the country with economic and cultural benefits.

Nazem said, during a press conference to introduce the benefits of the announced visit, that it "will be included in its agenda, which will take four days, as the Pope is scheduled to arrive in Baghdad and conduct several official meetings and visits to several religious and archaeological sites."

He added, "His Holiness the Pope will settle in Baghdad and he will have meetings with political and social elites, leaders of dialogue, clerics and civil society activists, and he will have an expected presence in the ancient city of Ur in Dhi Qar Governorate," noting that "everyone hopes to raise the level of awareness among young people that There will be appropriate conditions for this visit and that its airspace will not be disturbed by the events in Nasiriyah. "

Regarding the events in Nasiriyah, Nazem continued, "This visit is in the interest of the city, and the government is aware of the city’s conditions, as a cabinet session was held under the direction of Prime Minister Mustafa Al-Kazemi there, in the presence of its governor considering it a distressed governorate, and a fund was allocated to support projects in it," considering that "the visit It is considered an interfaith dialogue station in the city of Ur, and it will be an opportunity to meet Iraqi religions there, including Muslims, Christians, Sabian Mandaeans and Yazidis. "

He continued by saying, "The other major stop is Najaf and the historic meeting with the supreme religious authority, Mr. Ali al-Sistani, with the aim of discussing issues of religious dialogue, as I see that the Pope’s visit to Najaf, which is of great weight, is the culmination of a global movement in Islamic-Christian dialogue to enhance security and peace in our country.


We are still in the throes of violent and intolerant tendencies, "noting that" the last stop of the Pope during his visit to Iraq will be the cities of Mosul and Erbil, and he will continue his meetings and prayers for the victims who were killed at the hands of the terrorist organization ISIS. "

He pointed out, "Iraq has an opportunity to benefit from this visit socially and its impact on peace and community harmony, as it will have an economic and tourist impact as soon as the Pope puts his feet in religious pilgrimages because of its importance for the Pope and the Catholic Christian religion, and I hope this visit will revive tourism as the Tourism Authority has initiated To establish projects in this regard. "

Regarding press coverage, Nazem said, "The Council of Ministers recommended taking into account the requests of Arab and foreign media professionals to cover the visit. We received requests of up to a thousand requests to compete with their Iraqi colleagues, and this puts before us a great challenge to facilitate their mission."

Nazim concluded the conference by saying, "This visit is the result of great efforts from religious institutions and institutions concerned with interfaith dialogue in major meetings and held and woven the first relations with the Vatican, including the House of Knowledge of Imam al-Khoei, which initiated years ago to hold the first Catholic Shiite meetings and also in cooperation with Cardinal Louis Sacco, Patriarch of the Chaldeans. Catholics in Iraq and the world, the Iraqi Fiqh Academy of the Great Imam, the Masarat Foundation led by Dr. Saad Salloum, and the Religions Foundation in Lebanon, which made great efforts in religious and sectarian dialogues. ”

Page 1 of 1
Permissions in this forum:
You cannot reply to topics in this forum
Who is online?
In total there are 93 users online :: 2 Registered, 0 Hidden and 91 Guests :: 3 Bots