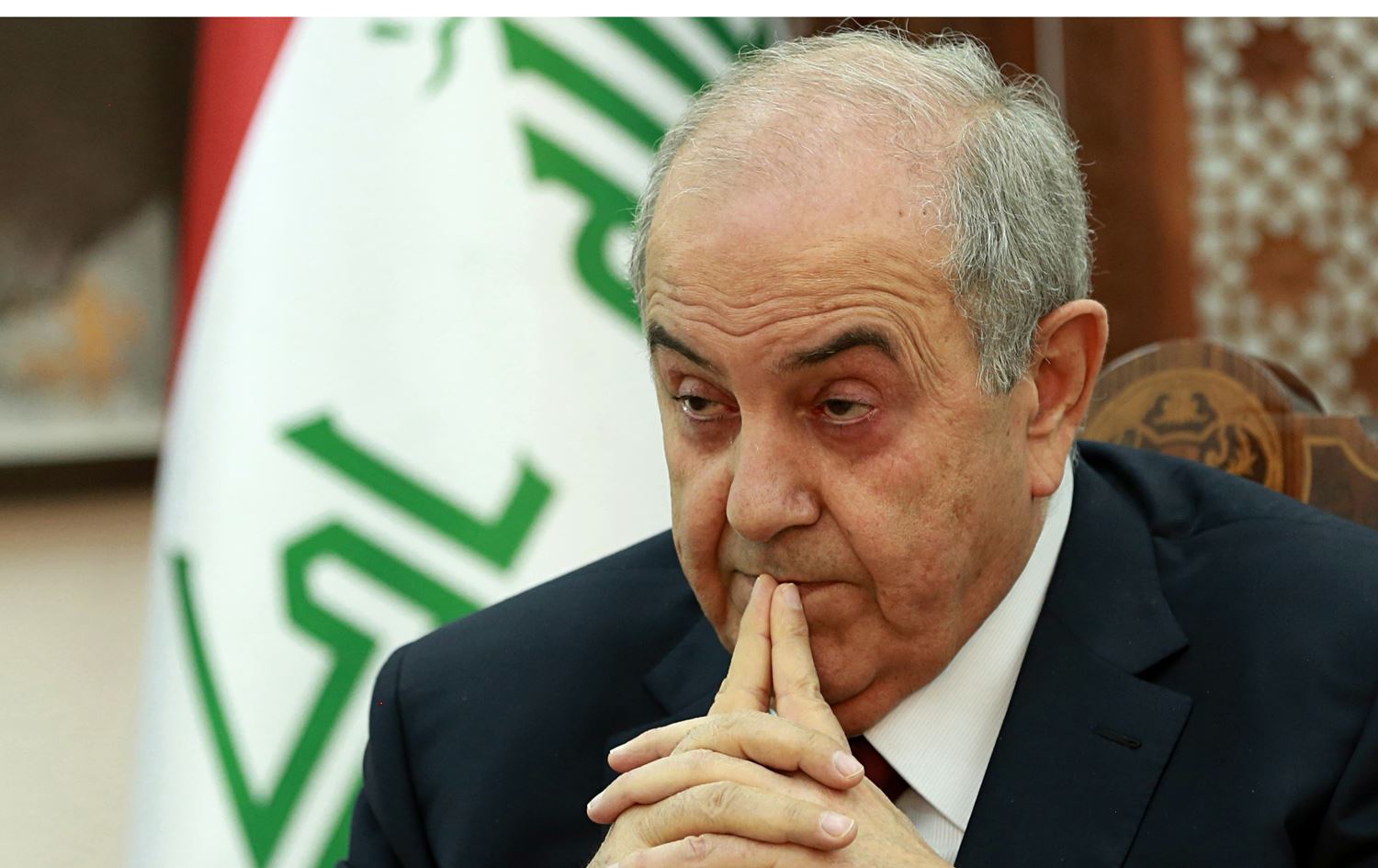 Shafaq News / On Sunday, the head of the National Coalition, Iyad Allawi, identified a number of negatives that accompanied the political process after the overthrow of Saddam Hussein's regime in 2003, calling for a national conference in which representatives of the peaceful protesters and some unions and unions would participate to restore the political process.

Allawi said in a statement, received by Shafaq News, "Unfortunately, the political process has reached a dead end or almost, after the peaceful reformist youth movement was confronted with the use of intimidation and excessive violence, and assassinations similar to those carried out by Saddam's regime, which were renewed with force in Baghdad. And a number of provinces. "

He explained, "The hateful quotas was not in the accounts of the Iraqi opposition, which was facing Saddam's dictatorial regime, and today it has become a base for the political process, and even the politicized, not the judicial, de-Baathification that was agreed upon, as all this, and others, led to the formation of strong foci hostile to the system and the process. Political. "

Allawi continued, "The idea of ​​the occupation was not in the minds of some opposition forces and was not acceptable to them, but it was acceptable to form a sovereign and accomplished government, and it is unfortunate today that Iraq has retreated to be a theater for the influences of regional and international powers that mess with it and struggle at the expense of its honorable people, even The decision of these countries became the basis, not the decision of Iraq. "

He added, "We all know that the atmosphere with the Kurdish brothers has complicated, and they are the ones who opened their doors to the Iraqi opposition and its multiple forces to topple Saddam's regime, and the matter reached the limits of a desire for separation among some, as it was not at all taken into account that the spread of corruption has become one of the most prominent problems of the process." Political, not to mention the proliferation of uncontrolled weapons, the loss of security and stability, and the adoption of the principle of bullying abroad. "

He pointed out that "what we have proposed to form a general command of the armed forces that includes, in addition to the Iraqi armed forces, representatives of the Peshmerga and the fighting crowd, all of which will be in the command of the Commander in Chief of the Armed Forces. The Iraqi prime minister has not seen the light, although he has received the approval of important figures, foremost among which is the Kurdish leader Masoud Barzani and Adel." Abdul Mahdi when he was prime minister. "

The head of the National Coalition said, "The elections that we wanted as opponents of Saddam's regime, to express the will of the people and the honorable Iraqi electorate, took place in the presence of millions of refugees, displaced persons, expatriates, residents and uprooted politically, as well as the accompanying blatant external interference, corrupt political money and an uncontrolled weapon." And assassinations for reasons that have become clear to everyone else, which led to the reluctance of a very high percentage of honorable citizens to go to the polls. "

He stressed the necessity, that "some political forces that opposed Saddam's regime collapsed, and laid the groundwork for the political process to hold a national conference in which representatives of peaceful demonstrators and some federations and trade unions participate, to reformulate what is required of reforming the political process and redefine its foundations, frameworks and starting points after these qualities were lost," And drawing a roadmap for the country's future and achieving national reconciliation to prevent Iraq from sliding into something worse, for fear of armed quarrels, especially since weapons are now within everyone's reach.

He added that "such a conference might lead Iraq to the path of reform and start taking radical measures to repair matters, starting with the constitution, through achieving integrity in elections, even if it is up to seventy percent, and ending with corruption, stopping the escaped weapon, and forming the necessary tools for all of that."

Allawi concluded his statement by saying, "Let what happened in terms of repressions motivate them to work to save Iraqis from the evils that befell them because of Saddam's regime, the siege and the political process, benefiting from the repair of what can be corrected from bad experiences."