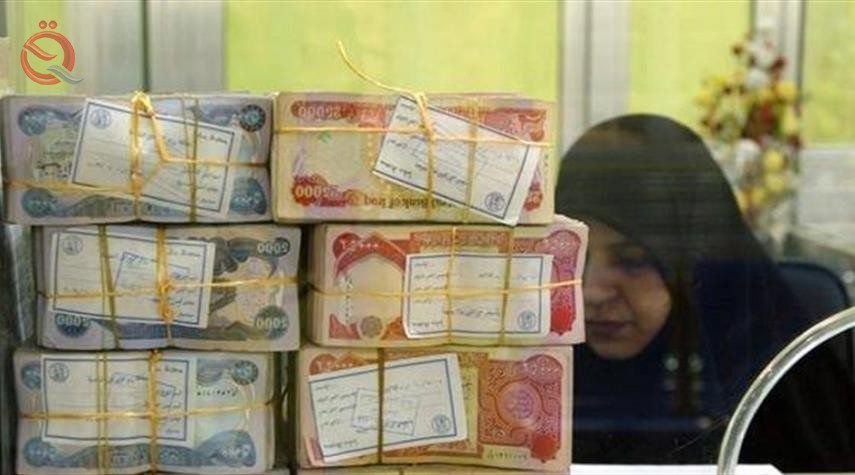 The representative of the Agricultural Bank in the northern region, Diffaf Ali, announced, on Sunday, that the loans will be launched in Nineveh Governorate after the approval of the general budget.
Ali said in a press interview, that "the loans of the Agricultural Bank for the agricultural initiative will be launched after the approval of the general budget," indicating that "the loans currently available are from the bank's self-budget, as well as the loans of citizenship and their ranks, and these terms of their loans are very simple, but very small amounts that do not exceed 20 million." Dinar".
She added that "after the budget is approved, the agricultural initiative loans will be launched, which are of very high amounts, amounting to a billion very, without interest, but the condition of the loan is that the property of the property be mortgaged until the loan is fully repaid."

Page 1 of 1
Permissions in this forum:
You cannot reply to topics in this forum
Who is online?
In total there are 183 users online :: 2 Registered, 0 Hidden and 181 Guests :: 3 Bots

Most users ever online was 2065 on Mon Apr 09, 2012 5:34 pm
Latest topics
» Iraqi Finance and General Electric complete a plan to boost the electric power sector

» Central Bank Governor: The slogan “Made in Iraq” must be supported by all official authorities

» The American ambassador: Washington is looking for Iraqi-Iranian relations that serve both sides

» The Prime Minister: The increase in the foreign reserves of the Iraqi Central Bank to 60 billion dollars

»  Minister of Labor: We will provide guarantee for 5 million workers in the private sector

» NICK FLEMING with a REMINDER CONCERNING THE RV/GCR, 10 APRIL

» Bruce says that -- the rate for the dong and dinar were on the bank screens...[Wednesday] but they came off at 4 pm in the afternoon...

» Parliamentary Committee: The Budget Law has become effective and there is no going back to amend or add any paragraph

» Holly declares -- Iraq has never gotten this far and now it is proof where we are. They can not not hold this (the RV) back anymore.

» MarkZ says -- Mostly a “nothing burger” in the news as expected. We really don’t expect any news until tomorrow...

» sandyf says -- The budget is a summary of income and expenditure and their is no exchange rate involved,

» US official: We will revoke Masroor Barzani’s residency in the country if he does not submit his tax returns

» Agriculture: The import of tomatoes is closed after 20 days, and we are studying the opening of imports for two other crops

» Thanks to the forum group !!

Yesterday at 4:42 pm by Jayzze

» an economist expects the dollar exchange rate to reach 1500 dinars

Yesterday at 10:36 am by RamblerNash

» After eighteen years of change, the economy is liberalizing and leaving the war

» Iraq opens its doors to more than 30 countries

» The International Development Bank opens a branch in Kirkuk governorate

» Frank26: "Never in the history of Iraq have we ever seen a budget approved signed sealed and delivered and implemented" 4/8/21

» MilitiaMan: "I'm just glad to see that the central bank has been in the process of improving the exchange process" 4/8/21