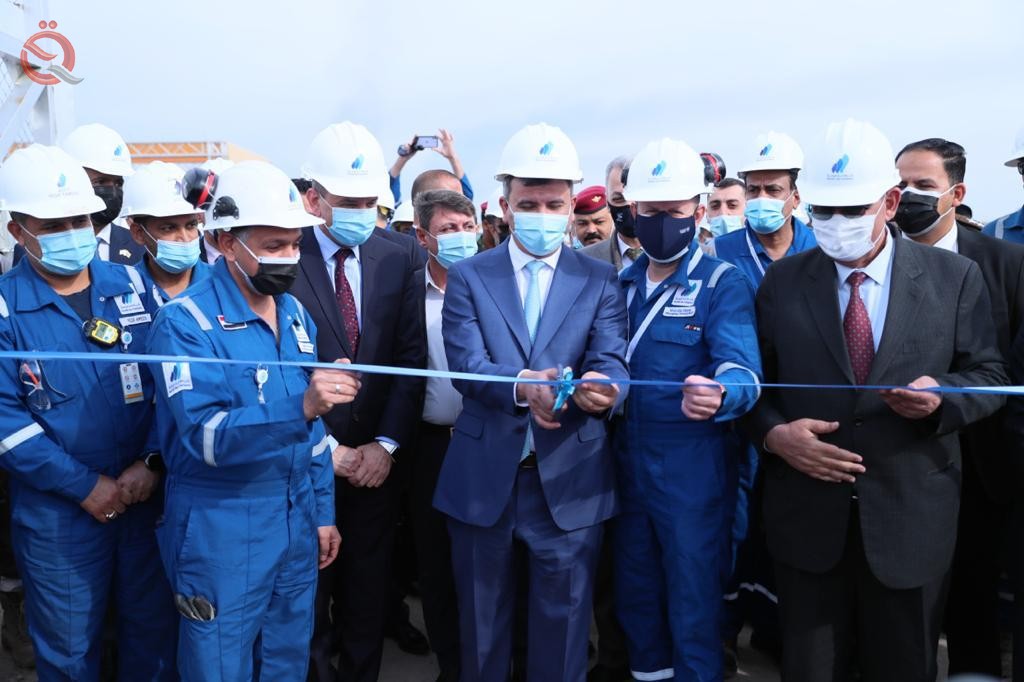 The Minister of Oil, Ihsan Abdul-Jabbar Ismail, Al-Ahad, affirmed that the ministry seeks to optimize the investment of gas wealth and convert the gas that is burned into useful energy that supplies electric power stations with good quantities of fuel, as well as increasing production of liquid gas, naphtha and other products.
According to a statement by the Ministry of Oil received by Al-Eqtisad News, Ismail said, "Today the fifth gas station was opened in the North Rumaila field with a capacity of (60) million standard cubic feet per day," pointing out that "this project is one of the important projects for gas investment in Rumaila field, which adds a quantity of (60) mqmqq, which is the first phase of the planned project with a capacity of (120) mqmqq for national production.
He pointed out that "the ministry plans to invest all quantities of gas associated with oil operations, during the next few years."

Similar topics
» Iraqi Prime Minister inaugurates a power station northwest of Baghdad
» Electricity: Our equipment will be 20,000 MW in the summer
»  North Oil Company issues a clarification regarding the "Safia field"
» Canada completes its air survey in Iraq and sets a date for the closure of its field hospital in the north of the country
»  Minister of Industry inaugurates the first asphalt coating plant in Anbar