US strikes in Syria in response to missile attacks inside Iraq

US strikes in Syria in response to missile attacks inside Iraq 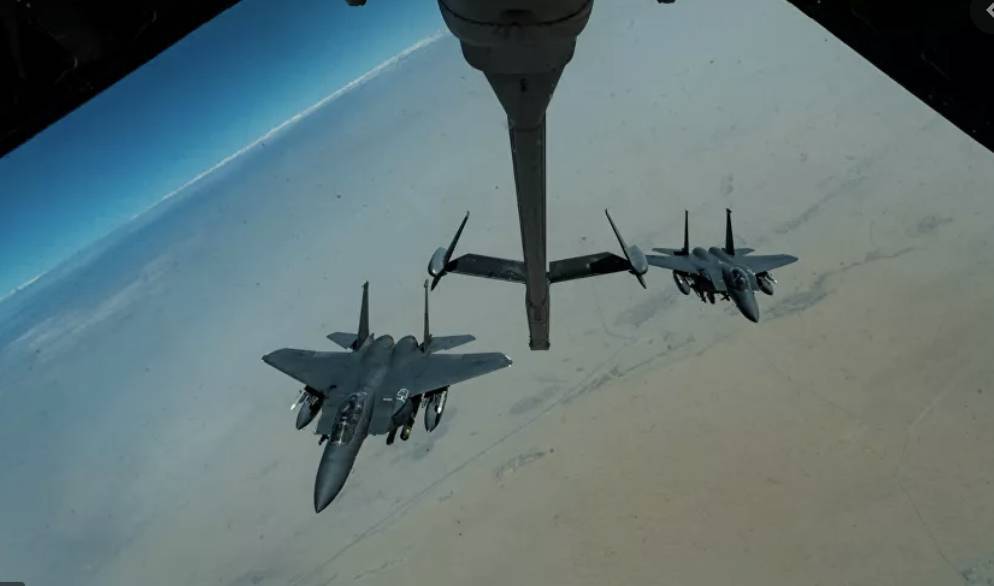 Washington - (AFP) - The US Department of Defense announced that its fighters launched raids on military sites used by Iranian-backed armed groups in eastern Syria, in response to the recent missile attacks that targeted US forces stationed in Iraq.
Pentagon spokesman James Kirby said that "on the directives of President Biden, US military forces launched this evening raids on infrastructure used by military groups supported by Iran in eastern Syria."
He added that these raids came "in response to recent attacks against American soldiers and the coalition in Iraq, and to the constant threats against these soldiers."

Smart bombs have bombed the sites of Iranian-backed militants in Syria on the border with Iraq, in an American raid that came in response to the recent missile attacks in Iraq.

Details revealed by American officials and American newspapers indicate a "deliberate response" by the new US administration to the intensified missile attacks in the recent period against the American and coalition forces in Iraq.

Al-Hurra reporter said that the raids targeted seven sites and used smart bombs, each with a capacity of 250 kilograms of explosives.

Al-Hurra's correspondent stated that the raids were carried out at 11 pm GMT, which is 6 pm Washington, DC time.

A spokesman for the US Department of Defense (Pentagon), John Kirby, had confirmed that the US military launched, under the direction of the US President, Joe Biden, on Thursday evening, air strikes targeting infrastructure, used by Iranian-backed armed groups, in eastern Syria.

He emphasized that the strikes destroyed several facilities located at a border control point used by a number of Iranian-backed armed groups, including the "Hezbollah Brigades" and the "Kataib Sayyid al-Shuhada" Brigades.

In remarks following the strikes, US Defense Secretary Lloyd Austin confirmed that the correct target was hit, and said, "We are sure that the target that was targeted in Syria was being used by the militias that carried out the missile attacks in Iraq."

For its part, the Syrian Observatory for Human Rights stated that at least 17 pro-Iranian militants were killed in these raids.

An American official told Al-Hurra correspondent, "Our message is: We will not turn a blind eye to Iranian militia attacks."

The New York Times quoted US officials as saying that the recent strikes were a "very small" response, represented by "throwing a bomb at a small group of buildings on the Syrian-Iraqi border used to cross militia fighters and weapons inside and outside the country."

The strikes were carried out in Syria "to avoid a diplomatic response by the Iraqi government," according to the newspaper.

The officials said the Pentagon had presented larger sets of targets, but the US president had given the green light to implement "smaller" targets.

"The administration took a measured response to the missile attack in Erbil," the New York Times said.