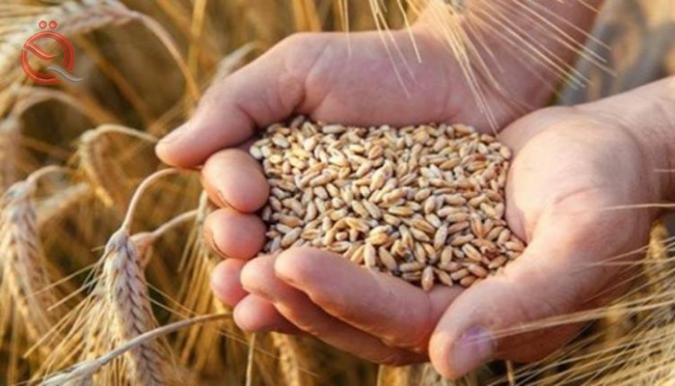 On Thursday, the Ministry of Agriculture announced that Iraq has joined the project to strengthen food security in Arab countries.
The spokesman for the Ministry of Agriculture, Hamid Al-Nayef, said in an interview with the official newspaper, which was followed by Al-Iqtisad News, that "the announcement of the country's joining of the project to strengthen food security in Arab countries came as a result of increasing its production with wheat and contributing to reducing the gap between the local and imported product."
Al-Nayef added, "The project includes a comprehensive study of its production in the country, a comparison between the various scientific practices applied, increasing the scientific knowledge, skills and qualifications of smallholders, as well as improving the standard of living of the beneficiaries of farmers through income."
He pointed out that "the ministry is moving towards the manufacturing industry represented by the establishment of giant investment factories that will be constructed during the next few months, especially the one specialized in producing tomato paste due to the presence of a large surplus of the crop of the farmer."
Al-Nayef revealed "the presence of hidden hands in the process of smuggling tomatoes with support from well-known destinations from outside the borders, and currently they are allowed to enter from Arbil to reach Basra towards Baghdad."
The agricultural sector has been able during the past few years to achieve important and effective steps in its rehabilitation path, by adopting expansion by cultivating strategic crops to reach self-sufficiency, as well as activating investment in both parts of the agricultural and livestock sectors, and constructing huge factories for manufacturing industries that will see the light in the next few months.

Similar topics
» The Arab Parliament: Intensifying Iraq's relations with Arab countries is an important pillar of its security and stability
» The Minister of Planning announces the launch of the National Food Security Project in Iraq
»  FAO: Ten Arab countries, including Iraq, need foreign assistance to secure food
» Planning announces the launch of a project to strengthen agri-food value chains in partnership with the European Union and the International Trade Center
» Foreign Minister Fuad Hussein: Iraq supports any Arab initiative that aims to serve our Arab societies and consolidate joint Arab action for a brighter future for our Arab countries

Page 1 of 1
Permissions in this forum:
You cannot reply to topics in this forum
Who is online?
In total there are 56 users online :: 2 Registered, 0 Hidden and 54 Guests :: 4 Bots