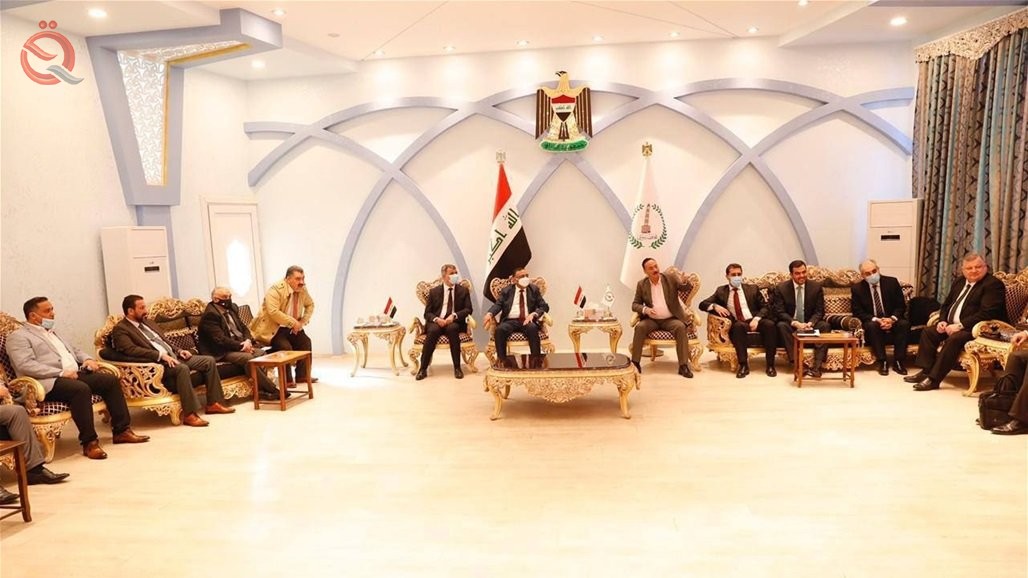 On Thursday, a high-ranking ministerial delegation headed by Oil Minister Ihssan Abdul-Jabbar arrived in Nineveh Governorate, under the guidance of Prime Minister Mustafa Al-Kazemi .
"The Minister of Oil affirmed the government's keenness to promote the services provided to citizens in Nineveh Governorate and upgrade them, during his visit at the head of a government delegation that includes the Minister of Electricity and a number of officials in the ministries of oil and electricity," the Ministry of Oil said in a statement seen by Al-Iqtisad News.
According to the statement, Oil Minister Ihsan Abdul-Jabbar Ismail said, during his meeting with the Governor of Nineveh Najm Al-Jubouri and a number of officials in the governorate, "This visit comes to inspect the province's needs, especially in the oil, electricity and infrastructure sectors, and work to accelerate the implementation of service projects that contribute to Developing services provided to citizens of the province.
He added, "I instruct the concerned authorities to meet all the asphalt needs of the governorate, in addition to providing additional quantities of oil derivatives," noting that "the Ministerial Council for Energy will work to follow up all projects that contribute to increasing electric power and developing the oil industry in the province in coordination with Governorate".

Similar topics
» At the head of a high ministerial and governmental delegation ... the Minister of Planning arrives in Cairo to activate the agreements and projects emanating from the Iraqi-Egyptian-Jordanian Coordination Council.
» Nineveh governor discusses with an American delegation the launch of projects in the governorate
» The National Investment Authority and the International Finance Corporation (IFC) are hosting a high level Lebanese delegation
» A high-level Saudi delegation arrives in Baghdad tomorrow
» A high-ranking delegation from the Kurdistan Regional Government arrives in Baghdad