The Finance Committee, in the House of Representatives, ruled on Monday the passage of the 2021 Budget Law, next Thursday.

A member of the Finance Committee, Mahasin Hamdoun, said in a statement followed by / Mawazine News / that "the committee has raised the budget to the Presidency of Parliament, pending setting a special date for passing it."


She believed that "it is very difficult to proceed with voting next Thursday, without resolving the dispute between the center and the Kurdistan region."

Hamdoun explained, "The political blocs and the region have not settled the differences yet, but they may reach by the end of this week, especially since the region has sent all the data on oil exports and border crossings revenues to the central government for checking."


Hamdoun pointed out that “it is difficult to pass the current year’s budget without compatibility with the Kurdistan region,” suggesting that the debate over the budget will be resolved completely during the next month in order to pass it under the dome of Parliament.


The government of Prime Minister Mustafa Al-Kazemi, sent the draft budget law 2021 at the end of December of last year, while the Finance Committee in the House of Representatives held several sessions to discuss them, without the Parliament endorsing them until today, due to the disagreement over the region’s share in it.

Parliament session next Thursday .. Kurdish Parliament: Positive atmosphere prevails in the negotiations in Baghdad and Erbil

[size=36]Parliament session next Thursday .. Kurdish Parliament: Positive atmosphere prevails in the negotiations in Baghdad and Erbil[/size] 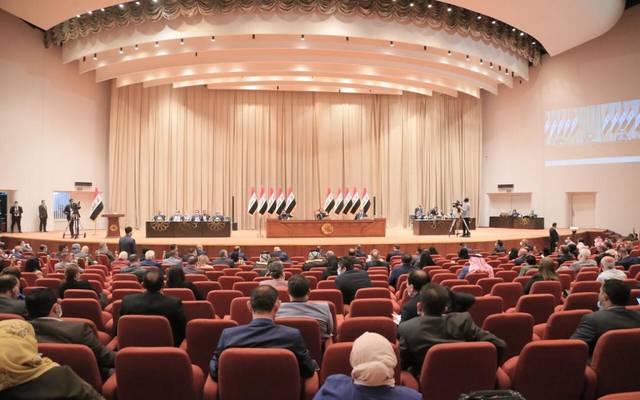 , Dylan Ghafour, MP for the Patriotic Union of Kurdistan in the House of Representatives, suggested Monday that the parliament would convene next Thursday, pointing out that a positive atmosphere prevails in the negotiations in Baghdad and Erbil.

Representative Dylan Ghafour explained that "the House of Representatives will meet next Thursday," noting that "the priority for the federal budget bill for 2021."

Regarding the delegation’s visit, Ghafour said that "a positive atmosphere prevails over the meetings," expressing "optimism that a decisive agreement will be reached within the coming days."

She suggested, "the inclusion of the draft federal budget law for 2021 in the agenda of the House of Representatives."

She added, "Two articles in the budget regarding the dues of the Kurdistan region will remain as they came in the draft law," expressing "optimism for the success of the negotiations."

Page 1 of 1
Permissions in this forum:
You cannot reply to topics in this forum
Who is online?
In total there are 117 users online :: 0 Registered, 0 Hidden and 117 Guests :: 1 Bot