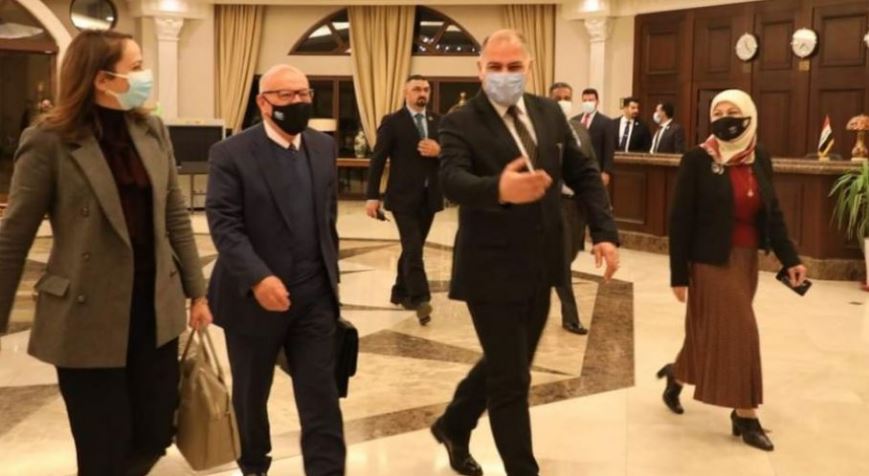 , a high-level Jordanian delegation arrived, on Monday, to Baghdad to discuss mechanisms for implementing cooperation agreements and strengthening partnership between Iraq and Jordan.


He added that the two sides will discuss bilateral relations, a number of common issues, and the agreed visit program, with the aim of crystallizing a number of projects, agreements and understandings in various fields, as well as emphasizing the strengthening of the partnership between the two countries and the continuation of coordination and consultations on issues of common interest.


He indicated that the two sides will hold joint meetings and meetings in the presence of the Jordanian delegation and their counterparts from the Iraqi side to complete discussions and steps to activate memoranda and cooperation agreements between the two brotherly countries.


He continued: Field visits will also be made to some industrial sites in addition to the meeting of the Jordanian delegation with the Prime Minister, Mustafa Al-Kazemi, in the presence of a number of ministers to support opportunities for economic integration between the two brotherly countries, indicating that the visit of the Jordanian delegation to Iraq comes within the framework of mutual visits, meetings and joint meetings of officials of both The two countries to enhance economic cooperation.

Page 1 of 1
Permissions in this forum:
You cannot reply to topics in this forum
Who is online?
In total there are 101 users online :: 0 Registered, 0 Hidden and 101 Guests :: 1 Bot