Trade: 48 billion dinars, our budget since the beginning of the year until now, is not sufficient to secure one month

Trade: 48 billion dinars, our budget since the beginning of the year until now, is not sufficient to secure one month 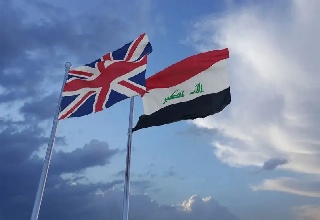 Logo of the Ministry of Commerce

The Ministry of Trade announced that it had provided flour to all governorates from local wheat.

A spokesman for the Ministry of Trade, Muhammad Hanoun, said that the ministry was able to secure flour to all governorates, indicating that the flour was produced from local wheat marketed by farmers.

He added that the provision of the entire ration card items needs the Ministry of Trade to make financial allocations, and since the beginning of this year and until now, the Ministry has received an amount of 48 billion dinars, and this amount is not sufficient to buy 20 thousand tons of oil.

He pointed out that sugar was distributed to citizens, and that amber rice and oil would be distributed in the coming days.

Similar topics
» The Trade Bank of Iraq achieves 836 billion dinars in net profits for the year 2019
» The government allocates 130 billion dinars to the province of Nineveh within the budget this year
» When you snooze you lose -- Iraq's economy loses six billion dollars a month, and the year the investment was lost for the delayed budget
» The stock market is trading during the month of March 57 billion shares worth 24 billion dinars
» Turki: Central sufficient reserves to cover next year's budget ceiling