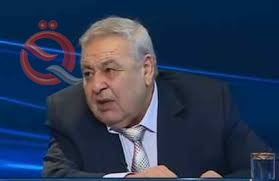 Economic expert Hamza al-Jawahiri spoke, on Saturday, about a plan that, if implemented by the government, would help Iraq out of its financial distress and pay off its debts.
Al-Jawahiri said in an interview with "Dijla" channel and "Al-Eqtisad News" followed it, "The continued rise in oil prices will contribute to ending the financial crisis in Iraq, especially with its reaching $ 60."
He added that "Iraq will be able to compensate for its material losses and return all the money it withdrew from the Central Bank and the countries of the world from which it borrowed during the past years."
Al-Jawahiri pointed out, "The government highlights its role here by developing a comprehensive economic plan in conjunction with raising global oil prices to benefit and end the periodic fluctuation of torrents due to low oil prices."