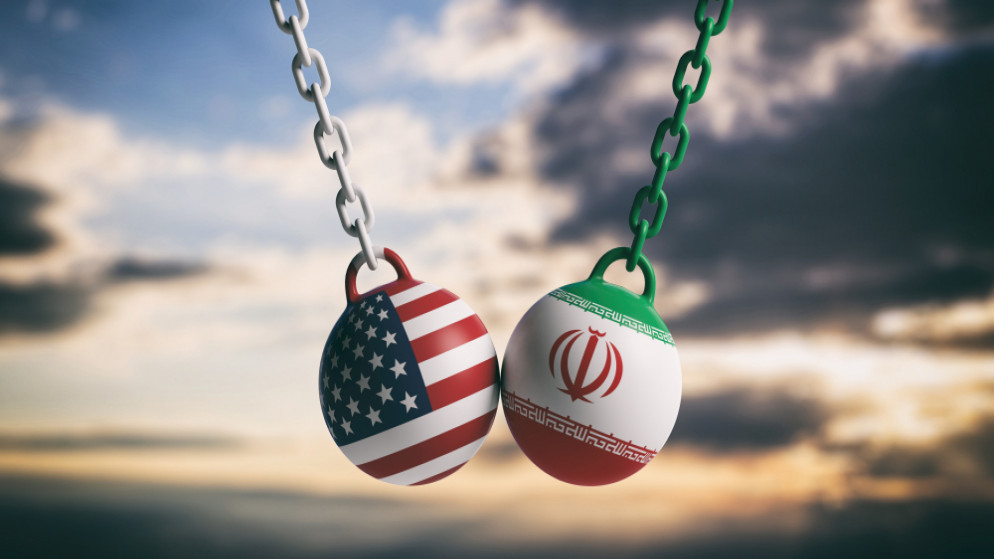 Shafaq News / Richard Mills, the acting US ambassador to the United Nations, announced, Thursday, February 18, 2021, that the United States withdrew the confirmation of the administration of former President Donald Trump, re-imposing all UN sanctions on Iran in September.

This came in a letter sent by Mills to the UN Security Council, which was reviewed by Reuters.

Washington withdrew in May 2018 from the nuclear agreement signed in 2015 between Iran and the (5 + 1) group, which includes Russia, Britain, China, the United States, France and Germany, and imposed economic sanctions on Tehran.

In January 2020, Iran announced that it would suspend all its commitments contained in the nuclear agreement, in response to Washington’s assassination of Quds Force Commander Qassem Soleimani, the Iraqi Deputy Head of the Popular Mobilization Authority, Abu Mahdi Al-Muhandis, and others in an air strike in the Iraqi capital, Baghdad.

Biden is ready for the talks

US Secretary of State Anthony Blinken also told European allies Thursday that the Biden administration was ready for talks with Iran about the two countries returning to abide by the nuclear deal.

The United States would be ready to hold talks with Iran if the European Union extended an invitation to do so, charting a potential diplomatic pathway to restore the Iran nuclear deal, a senior US official told Reuters.

As the American official said, after talks between the foreign ministers of the United States, Britain, France and Germany, "We are ready to participate if such a meeting is held."

The American official pointed out that his country had informed the Iranian mission to the United Nations that it would ease travel restrictions on Iranian diplomats, stressing that "the Biden administration did not communicate with Iranian officials other than reporting the easing of travel restrictions."

While a second US official said that there is now an opportunity for the first time in years to end the maximum pressure and return to diplomacy with Iran, stressing that Iran's suspension of the additional protocol and preventing sudden inspections would be a "dangerous step," and it is difficult to imagine reviving the nuclear agreement if it is not Some regional issues are addressed (without specification).

This was preceded by statements by a senior European Union official, who confirmed that he was ready to call a meeting between the parties to the agreement concerned.

The United States urged Wednesday, February 17, to abstain from any steps that could harm its obligations contained in the agreement, especially as US President Joe Biden seeks to return to the agreement under which Iran agreed to impose restrictions on its nuclear program in exchange for the lifting of sanctions. And it was a major achievement for the administration of former President Barack Obama until Trump withdrew from it.

But although Tehran and Washington now say they want to revive the agreement, they disagree on who should take the first step.

Iran says that the United States must first lift the sanctions imposed by Trump, while Washington says that Tehran must first return to abiding by the agreement, which it began violating - according to the accusations directed against it - after the re-imposition of sanctions.

The agreement stipulates Tehran's commitment to abandon, for a period of not less than 10 years, vital parts of its nuclear program, and to restrict it significantly, with the aim of preventing it from having the ability to develop nuclear weapons, in exchange for the lifting of sanctions.

The President of the European Council, Charles Michel, confirmed to the Iranian President, Hassan Rouhani, Thursday, February 18, 2021, the importance of giving priority to diplomacy for the continuation of the nuclear agreement between Tehran and world powers at the current stage.

Michel stressed the importance of the full implementation of the agreement, expressing his concern about Tehran abandoning its obligations related to the said agreement.

He also referred to the importance of Iran's cooperation with the International Atomic Energy Agency, stressing that “preserving the diplomatic field supported by positive steps is vital at this stage,” adding that the European Union will continue its efforts to fully implement the agreement and return the United States to it.

Iran is playing with fire

It should be noted that German Foreign Minister Heiko Maas warned, Thursday, February 18, 2021, that the talks regarding the nuclear agreement (for the year 2015) are getting much more complicated at the present time, because Iran, in his opinion, is not seeking to reduce the escalation, but to escalate, and this is playing with fire. According to him.

Maas emphasized that the latest steps taken by Iran endanger the possibility of the United States returning to the nuclear agreement, adding that "the greater the pressure, the more difficult it is to find a political solution."

It is noteworthy that German Chancellor Angela Merkel made a rare call, Wednesday, February 17, 2021, with Iranian President Hassan Rouhani, during which she expressed "concern" about the future of the nuclear agreement, in light of what she described as Tehran's retreat from its obligations within it, calling on Tehran to "signs Positive increases the chances of a diplomatic solution. "

On Wednesday, February 17th, Iran's Supreme Leader, Ayatollah Ali Khamenei, asked the United States for "actions, not words" if it wanted to revive the nuclear deal, in the latest challenge to US President Joe Biden, to take the first step towards breaking the stalemate of the situation. .

Tehran has set a deadline for Biden next week, in order to start rolling back the sanctions imposed by his predecessor Donald Trump, otherwise Iran will take its biggest step so far to violate the nuclear deal, by banning inspections by the International Atomic Energy Agency, shortly after a notification was given.

Khamenei said, in a speech broadcast on state television, that they heard many "beautiful" words and promises that were violated on the ground, stressing that "there is no point in words and promises. This time we ask for the practical implementation of promises only and the fulfillment of them, and if we see that on the side." The other, we'll do the work too. "

It is noteworthy that talks began, Thursday, February 18, 2021, between the foreign ministers of Germany, France, Britain and the United States on how to save the agreement aimed at containing the Iranian nuclear program.

And in its latest move to increase pressure on Washington, Iran informed the International Atomic Energy Agency, of the United Nations, that it plans to install more advanced IR-2M centrifuges at the underground uranium enrichment plant in Natanz. This was stated in a report by the agency on Wednesday.