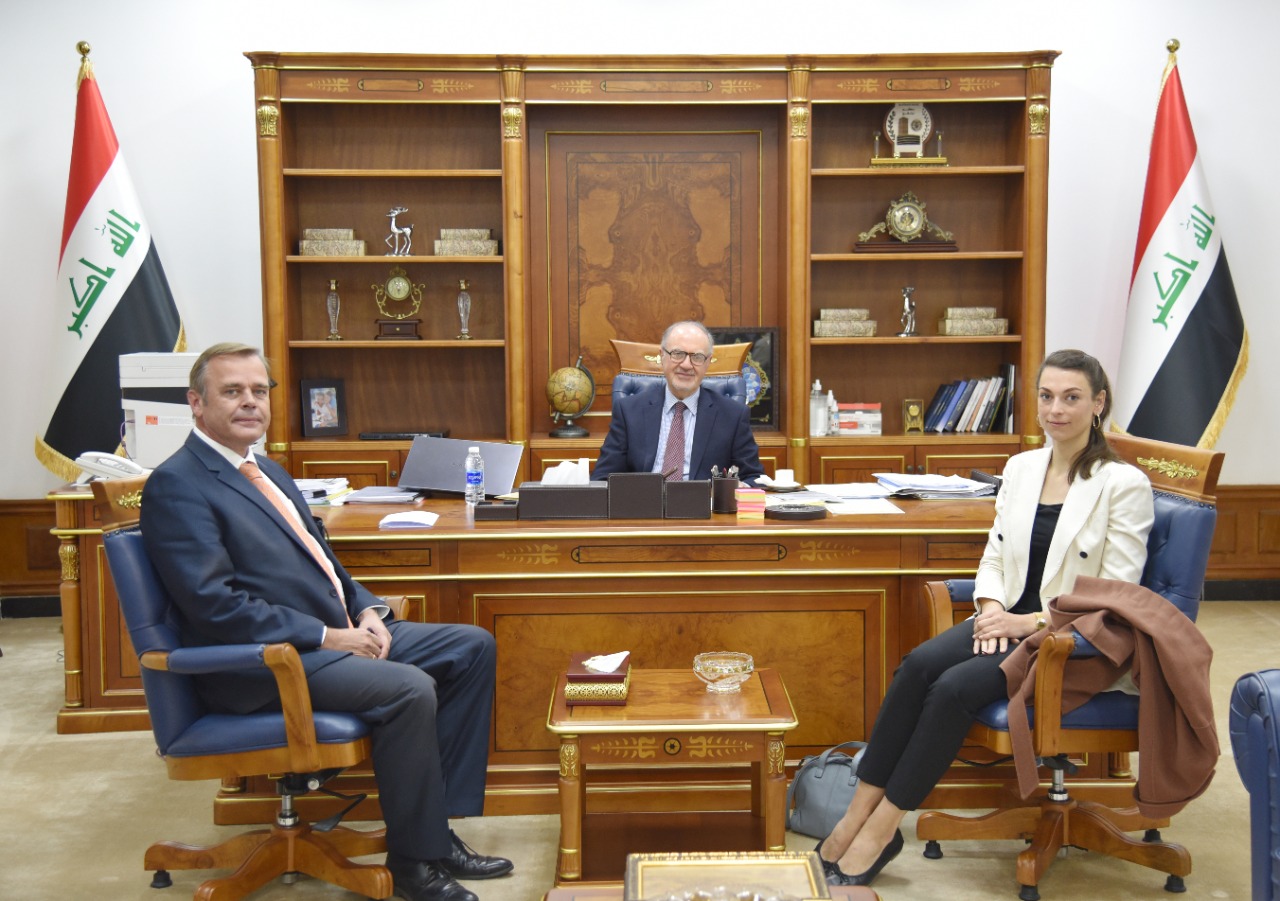 The Minister of Finance receives the Dutch ambassador in Baghdad
The Minister of Finance, Dr. Ali Abdul Amir Allawi, received today, Thursday, February 18, 2021, the Ambassador of the Kingdom of the Netherlands to Baghdad, His Excellency Mr. Michael Rintinar, and the Head of the Economic Department, Mrs. Merrill de Konink, at the Ministry's headquarters.

During the meeting, they discussed the overall bilateral relations between the two countries, especially the economic and financial aspects, and the importance of enhancing cooperation opportunities at various levels in a way that meets the aspirations of the two peoples. The world and in a way that serves progress and prosperity for our people and friendly peoples, and for his part, the Ambassador expressed his thanks to His Excellency the Minister for the good reception, stressing at the same time the desire of his country's government to strengthen bilateral relations and cooperation with Iraq for the benefit of both countries.
………………………… ..
Information Office of the Ministry of Finance
February 18, 2021