Between Iraq and Saudi Arabia ... a "new border crossing" through Najaf

Between Iraq and Saudi Arabia ... a "new border crossing" through Najaf 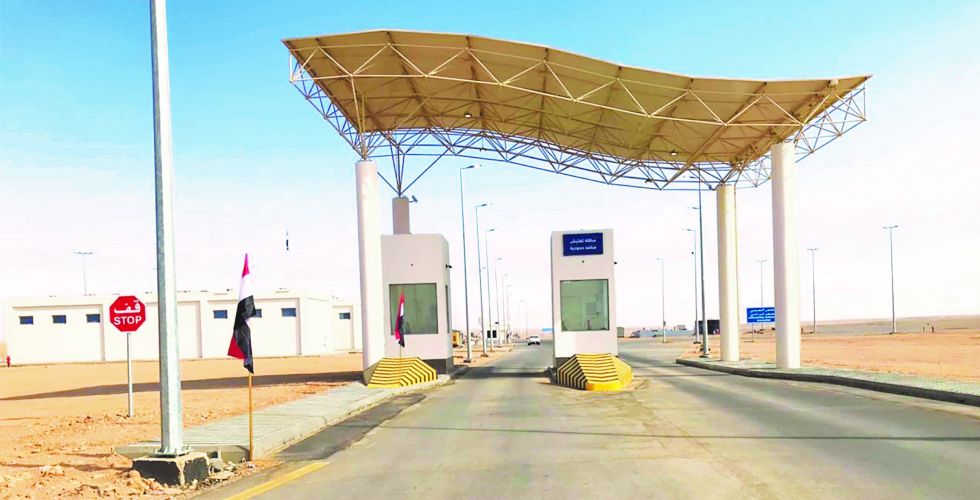 Work continues on the completion of the work of the first and second stages of the land road that connects Najaf Governorate with the Kingdom of Saudi Arabia, which started its operations since last December, after a hiatus for years, as this road is expected to contribute to reviving the tourist and archaeological areas, and increasing trade exchange between Iraq and Saudi Arabia. .
The noble Najaf Governorate hopes to transform the "border control" with Saudi Arabia into a border crossing that includes areas for trade exchange, such as the Arar port in Al-Anbar Governorate, and the expected Jumima in the Muthanna governorate.
It is noteworthy that the relations between Baghdad and Riyadh have witnessed a great development at various levels, as they culminated in the establishment of the Joint Coordinating Council between the two countries, with the intention to enhance trade and investment exchange between the two countries.
The governor of Najaf, Louay Al-Yasiri, told Al-Sabah: “The local government is seriously following up the implementation of this vital project,” while attributing the reasons for the delay to “the financial crisis and the war on ISIS terrorist in 2014, the same year in which the Ministry of Construction and Housing referred the project for implementation.”
He pointed out that "this road will be available for pilgrims to the House of God who take the land roads, and it shortens a large part of the distance that pilgrims travel through the Arar border crossing," expressing his hope that "this project will make a major economic shift for the governorate because it will serve a lot of Agricultural, industrial and residential projects in that region, and there will be great openness by maintaining these areas because of the existence of this vital road.
For his part, Director of the Roads and Bridges Division in the governorate, Haider Hamed Atshan, told Al-Sabah that “the total length of the road is 239 km, which the Ministry of Construction and Housing is implementing in stages at a total cost of 168 billion dinars, and two phases of this road have a length of 50 km each. Stage".

Similar topics
»  Saudi Customs is preparing to open a "Jdeidet Arar" port with Iraq
» The Iraqi-Saudi Political, Security and Military Committee holds its meeting
» Bloomberg: Iraq turns to Saudi Arabia and the International Monetary Fund to treat its ailing economy
» Iraq-Saudi border crossing to reopen after nearly 30 years
» Oil Minister: We are working to combat corruption by restricting investment business inside Iraq