Iraq is the second largest importer of Iranian goods, with $ 6.3 billion

Iraq is the second largest importer of Iranian goods, with $ 6.3 billion 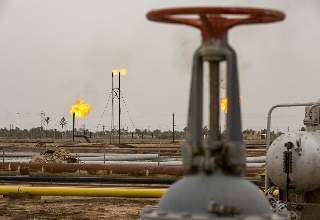 The Organization for the Development of Trade of Iran announced, on Tuesday, that Iraq is the second largest importer of Iranian goods and goods.

Farzad Pelten, director general of the Arab and African countries office in the organization, said in a statement reported by "IRNA" and seen by "Al-Eqtisad News" that the value of goods and goods exported to countries of the world during the last ten months amounted to 28 billion dollars, of which more than 10 billion dollars to Arab neighboring countries.

He added that the exports were to "20 countries and each of China, Iraq and the United Arab Emirates ranked first to third."