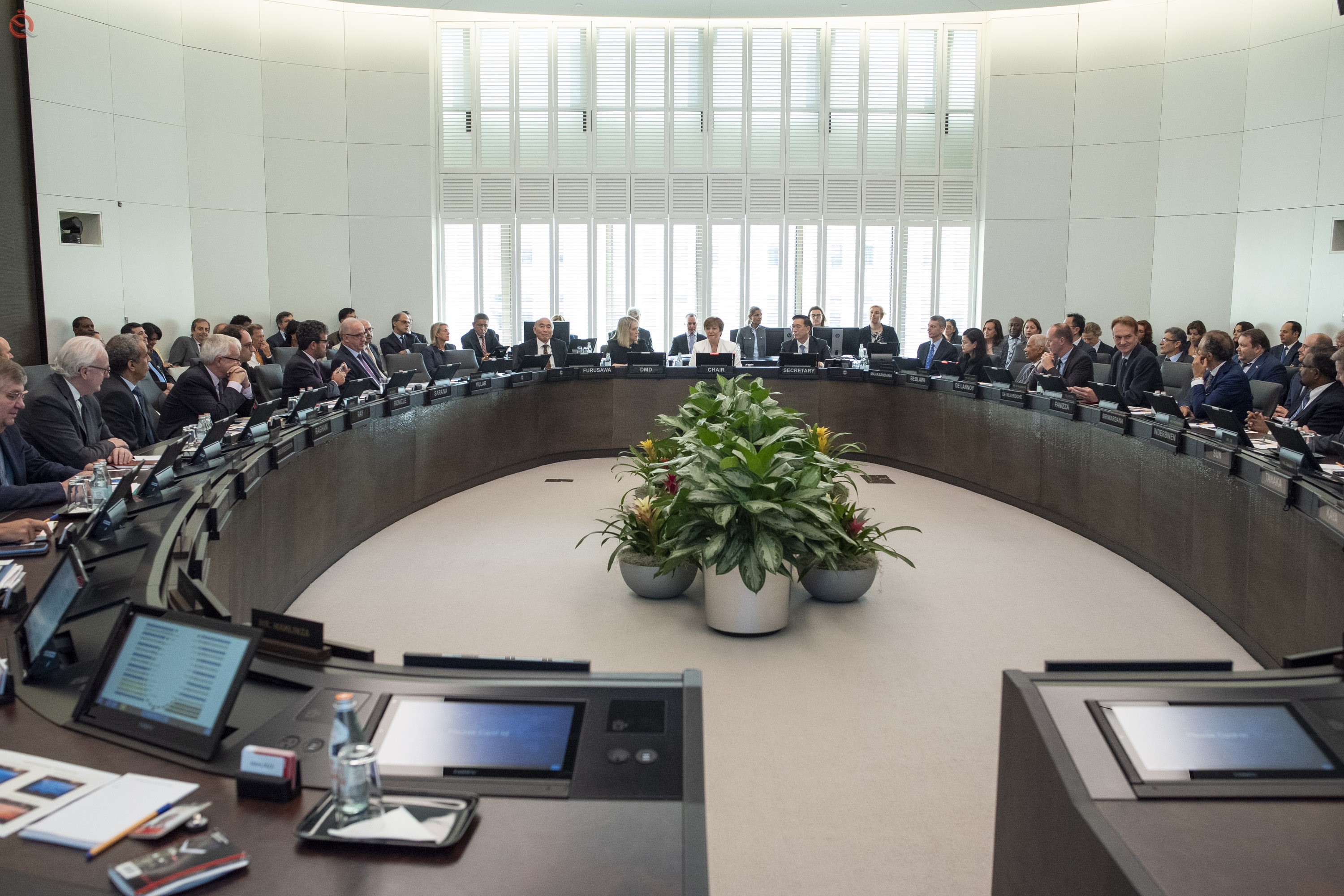 The International Monetary Fund expected, on Monday, that the Iraqi economy will gradually recover, and that imbalances will reduce, even if the prospects remain fraught with challenges.
In a statement followed by Al-Eqtisad News, the fund said that it expected in its Executive Board’s consultations for Article IV of 2020 with Iraq, held in Washington, that the real GDP would return to the pre-pandemic level by the year 2024, and that the public finance and current account deficit would decline. In the medium term, government debt is expected to reach its peak in 2023 and then gradually decline.
Executive Directors agreed with the general line of the IMF's staff assessment, noting the exacerbation of the existing socio-economic vulnerabilities in Iraq due to the Covid-19 pandemic and the sharp decline in oil revenues. The draft 2021 budget referred to Parliament aims to reduce the fiscal deficit to contain the unsustainable expansion of government wages and pension costs and to increase non-oil revenues, with a significant increase in aid directed to protect the most vulnerable groups.
Directors emphasized that reducing public financial imbalances is necessary to ensure the sustainability of public finances and that debt remains within sustainable limits. They welcomed the fiscal reforms that the authorities are planning to undertake, as mentioned in the White Paper, and urged that care be taken in setting their priorities and speeding up their implementation with the limit. Of its impact on vulnerable groups.
They stressed the importance of strengthening public financial resources, comprehensive civil service reform to contain the public sector wage bill, and re-adjusting the pension system to put it on a stable fiscal path. Priority should also be given to increasing non-oil revenues and strengthening public financial management to reduce spending outside the budget allocations.
They agreed that adjusting the exchange rate would help reduce external imbalances and preserve foreign exchange reserves. They stressed that a strong fiscal framework is still necessary to ensure the credibility of the new exchange rate against the dollar and reduce the need for monetary financing for the budget in the future.
Directors noted the authorities' interest in entering into an emergency financing agreement with the IMF to support their efforts for stability and reform, while some urged a longer-term arrangement to address structural challenges.

Similar topics
» The World Bank expects Iraq's economy to recover at this rate
»  The parliamentary economy expects to raise zeros from the Iraqi dinar in 2015
» The International Monetary expects significant growth in the Iraqi economy and a decline in inflation in 2022
» Video: Will Iraq become the highest Arab country in economic growth for 2019?
» The International Monetary Fund expects growth in Iraq to recover in 2018 and 2019