An American proposal before Biden to support the mobilization of reference through "NATO", the European Union and the World Bank

An American proposal before Biden to support the mobilization of reference through "NATO", the European Union and the World Bank

[size=30]An American proposal before Biden to support the mobilization of reference through "NATO", the European Union and the World Bank[/size] 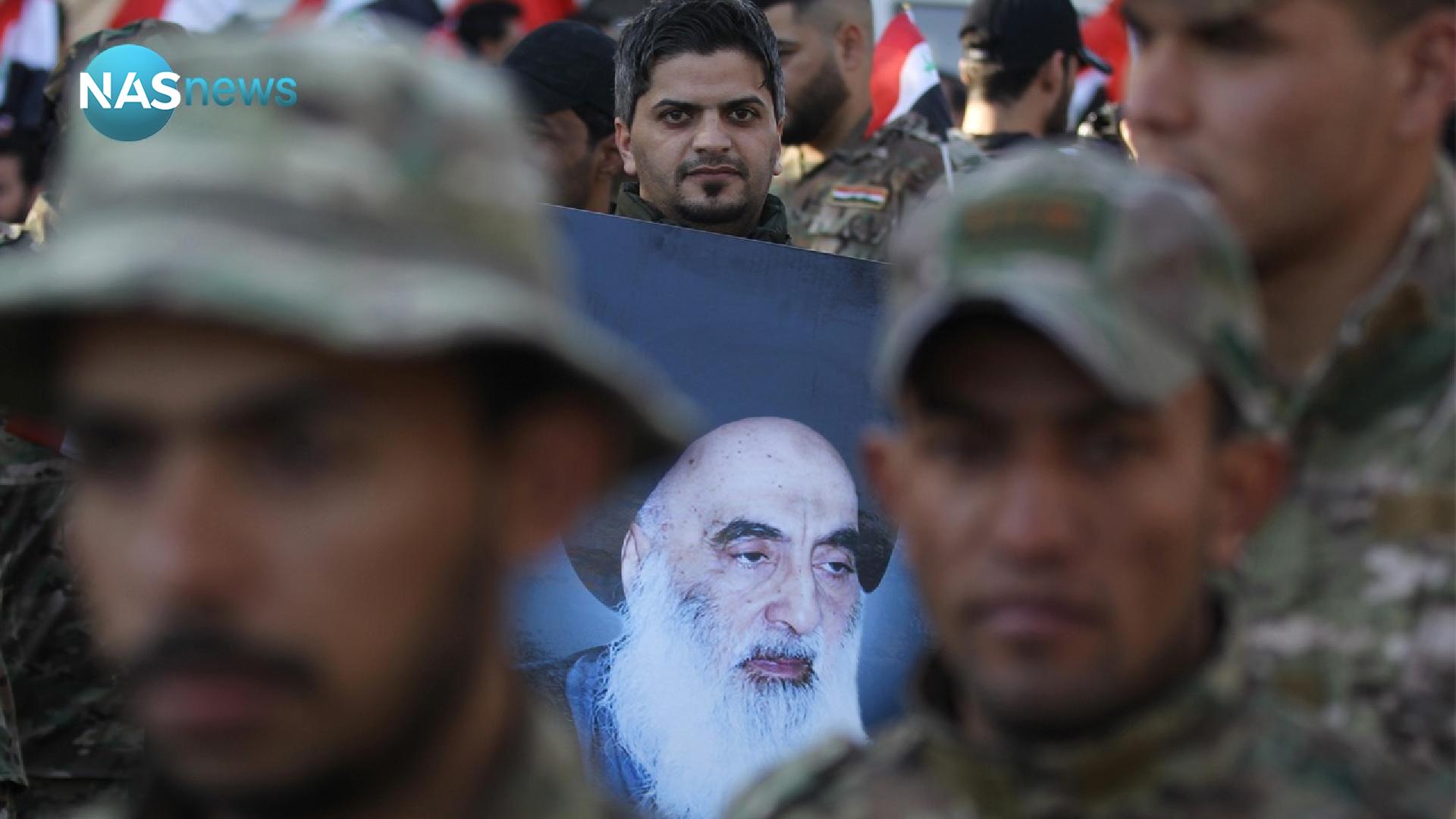 An analytical report published by the Washington Institute for Near East Policy touched on the withdrawal of the "mobilization of thresholds" from the Popular Mobilization Authority, what this decision represents, and its implications for the internal situation of the Popular Mobilization Forces, while the administration of the new US President Joe Biden called for considering this file a practical test point , Starts with paying compensation to the Hussaini Shrine for the accidental killing of a guard.

The report prepared by the two researchers on Iraqi affairs, Michael Knights and Hamdi Malik, followed by "Nas" (February 11, 2021) said: “The Imam Hussein Shrine Foundation (affiliated to the Hussaini Shrine) in Karbala, Iraq, intends to sue the United States in international courts, because of The site's guards and a civilian were killed by mistake in a US air strike nine months ago, as the strike targeted a facility at the unfinished Karbala airport, believed to be used to store weapons by Kataib Hezbollah, the Iranian-backed terrorist factions that are previously classified as terrorists. United State".

He added, "The leaders of the Mobilization Forces have repeatedly opposed the installation of Iranian-backed leaders at the head of the Popular Mobilization Forces. They even held a conference during December 1-3 to discuss the complete separation from the PMF, which means that the Biden administration must deal with the issue. The thresholds are more sensitive and clear than was the case during the Trump administration, because the issue reflects many of the Iraqis' promising efforts at internal reform.

He continued, "Since 2014, the Atabat have tried to maintain a certain degree of operational and administrative independence, as they command 15,000 of the Popular Mobilization Forces, numbering 140,000-165,000 fighters in total, and in response, the PMF leaders have used their descendants from the Badr Organization And the Iranian-backed Hezbollah Brigades - their administrative control of the Popular Mobilization Authority, to restrict salaries and the support received by the Shrine crowd.

And the analysis considered, "The action of the rally of the thresholds received great attention because it represented a clear effort to counter Iran's influence on local Iraqi factions, and if Sistani was unable to dissolve the Popular Mobilization Forces as a whole, the dismantling of the thresholds would have been the second best step, because he would have withdrawn 15 thousand soldiers from control Abu Fadak and undermines the legitimacy of the PMF leadership, as this measure was very welcome because it was a real local Iraqi initiative, and it seemed that Iraqi patriots were willing to take these steps on their own. "

Implications for American policy
The analysis says, "The threshold issue appears to be a side-issue to the US focus, but in Iraq these files are a practical test point. The Biden administration also has an opportunity to demonstrate its awareness of the complexity of the issue and can deal with it with less momentum."

He added, "Time is also crucial - Sistani is 91 years old, and the rival Shiite leadership in Iran wants to undermine Karbala and Najaf as religious centers, so Sistani's followers need to organize and arm urgently if they hope to repel the factions that act as proxies for Tehran." .

He believes that "Iraq must choose the option that its followers must choose, not the Biden administration, and the chosen policy will have a better chance of success if the Iraqis are the ones who lead the decision, while overt American pressure may hinder it, and if the officials from the United States, NATO and the coalition commit themselves to encouragement." Silent behind the scenes to reform the PMF, they can give Prime Minister Mustafa Al-Kazemi the advantage he needs in order to keep pushing for positive changes, in addition to Washington also working to bring together partners such as the World Bank, NATO, the European Union and the United Nations Development Program to formulate projects. Pilot to help distribute PMF personnel into civilian occupations (for example, vocational training, medical rehabilitation).

He continued, "The Biden administration's most urgent priority should be to preemptively alleviate the painful feelings caused by the air strike on Karbala on March 13, 2020, and this may include paying some compensation privately to the Imam Hussein Shrine Foundation according to its request, or providing In-kind medical support and reconstruction, and either of the two steps can persuade the institution to abandon the threat of filing a lawsuit and avoid a problematic legal precedent, and to support such efforts, the US administration should consider conducting diplomatic visits to Karbala to preserve Sistani's goodwill and the thresholds.