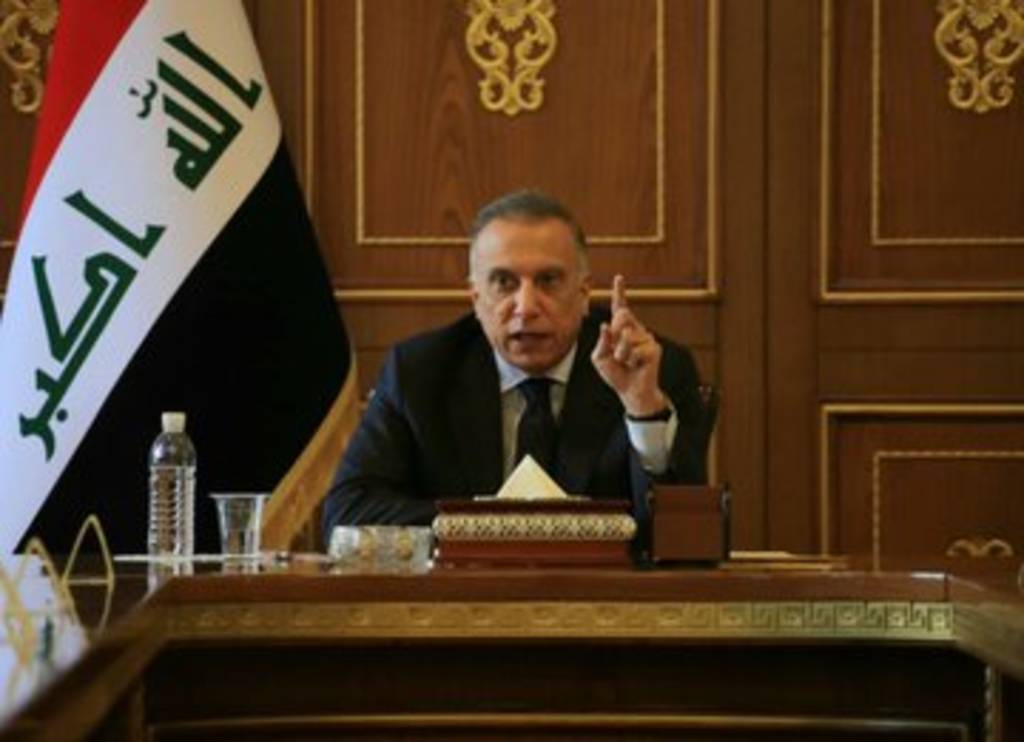 Mubasher: The Iraqi government announced during its weekly meeting, headed by Mustafa Al-Kazemi, today, Tuesday, the inauguration of a new financial reform committee.

In a statement issued today, Tuesday, the Iraqi government stated that it had been decided to form a committee under the name of the "Supreme Committee for Reform", led by the Prime Minister.

The Council of Ministers indicated that the Supreme Committee for Reform will include:

- Minister of Finance as Vice President

- Minister of Planning as Member

- Minister of Oil as Member

- Secretary General of the Council of Ministers as Member

- Adviser to the Prime Minister for Strategic Affairs as Member

- Adviser to the Prime Minister for Economic Affairs Member

- two experts named by the Prime Minister as members

The Council of Ministers indicated that each of the two main international organizations (the International Contact Group, the World Bank Group) would be represented as observers, without either of them having the right to vote.

The Council stated that the Supreme Committee for Reform undertakes the following tasks:

- Supervising the implementation of the reform program as a whole, and the projects that it consists of, according to the plans and timetables approved by the Supreme Committee for Reform, including adding, deleting or amending new projects.

Ensure the availability of administrative and financing approvals in a timely manner during the implementation of projects, and take the necessary measures to overcome emerging obstacles.

- Coordinating the work of the various bodies responsible for implementation and support, defining the duties of each of them and achieving integration between them.

Monitoring good performance and implementing accountability in accordance with the law.

Submit periodic reports on the progress of the reform program to the Council of Ministers.

The government stated that Cabinet Resolution No. (12) of 2020 will be canceled, and the Supreme Committee for Reform will replace the Emergency Cell for Financial Reform formed according to it.

The government set some controls for the committee, which are as follows:

- The Supreme Committee for Reform has an executive director concerned with the Prime Minister and linked directly to him and authorizes the necessary powers to implement the committee's decisions and achieve its goals, and is tasked with following up the implementation of its decisions and conducting its daily affairs under the supervision of its president.

- The Supreme Committee for Reform may form work teams or sub-committees to carry out specific tasks, and grant it the necessary powers to achieve its goals and facilitate its work.

- The supreme body has the right to host whomever it deems necessary to attend its meetings, in order to achieve its tasks.

- The Prime Minister authorizes the powers of the Council of Ministers for the purposes of the Supreme Committee for Reform.

The government indicated that a cell called "Reform Management Cell" would be formed, headed by the Executive Director of the Supreme Committee for Reform, to be located in the Prime Minister's Office and undertake the following tasks:

- Provide support to the officials of the reform program projects and the relevant executive teams, with the aim of improving performance and ensuring that the best implementation paths are chosen to achieve the set goals.

- Enhancing communication between project officials and work teams on matters pertaining to each project, and coordinating the interconnectedness of the various projects within the reform program in order to enhance integration and synchronization in implementation.

Dealing with developments directly as a first level for reporting and solving problems.

Tracking the implementation of basic activities, professionally assessing performance, and submitting periodic reports to the Supreme Committee for Reform, including reporting on progress rates, obstacles, anticipated risks and suggested solutions.

- Helping in determining the procedures required of the project official in the event that implementation is delayed or deviated from the correct path.

- Follow-up and accountability of the officials of the reform program projects in the event of delay in achieving the goals approved within the approved timetable.

- Any additional tasks assigned to the cell by the Supreme Committee for Reform.

All government agencies are obligated to give the reform program priority, cooperate and coordinate with the Reform Administration Cell, and submit the required reports and data within the specified timeframes, including naming an official with a grade of no less than a general director for each project, according to the Council of Ministers.

The Cabinet concluded that the required work teams, human and material resources will be allocated to ensure that the reform program proceeds according to the approved plans.