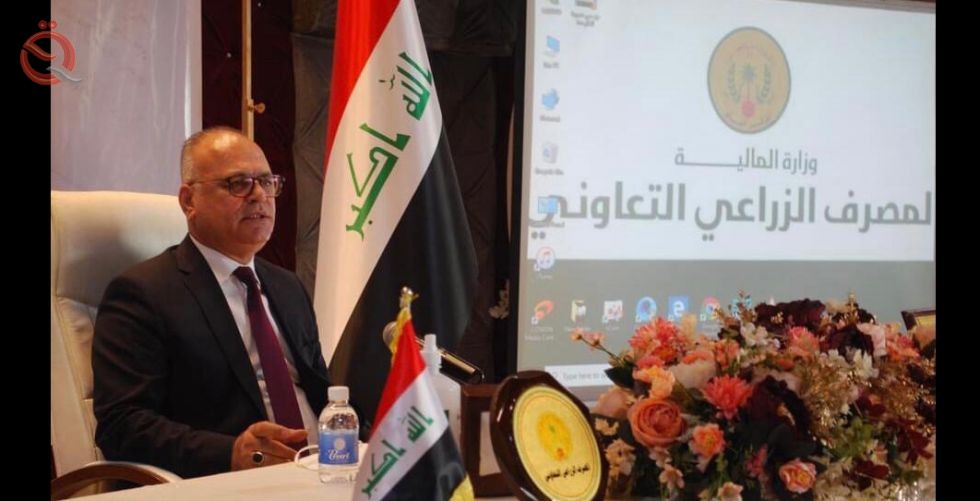 The Agricultural Cooperative Bank is close to launching private loans to encourage agricultural projects according to the initiative of the Central Bank, while the bank confirmed its contribution to granting commercial and industrial loans to support the agricultural sector.
The bank’s director, Rashad Khudair Wahid, said in an interview with Al-Sabah newspaper, which was seen by Al-Iqtisad News, that the bank is currently working according to government directions to support the agricultural sector and encourage support industry, explaining that the next few days will witness the launch of loans through the central bank’s initiative in support of farmers and farmers. By 250 billion dinars, at an interest rate of 4 percent.
He added, "This amount will encourage the beneficiaries to establish new agricultural projects that contribute to the activation of national production, indicating that the bank continues to grant other agricultural loans that also target groups of farmers, farmers and investors, whether individuals or companies, and the bank’s contribution is 80 percent of the project cost."
He continued, that the bank has recently reduced the interest rate for these loans after it was short and up to one year, 8 percent, now 5 percent, to the interest of long-term loans for a recovery period of more than 5 years, which was also 8 percent, and now it has decreased to 7 percent.
Waheed explained, “The amounts of loans granted to farmers by the bank range from 50 to 150 million dinars, as it requires the farmer to submit an agricultural land contract or title deed and the type of project he wants to establish, whether these projects are seasonal, plastic houses, orchards, poultry farms, or Lakes and others are not required for economic feasibility and specific guarantees in addition to the guarantee of employees.