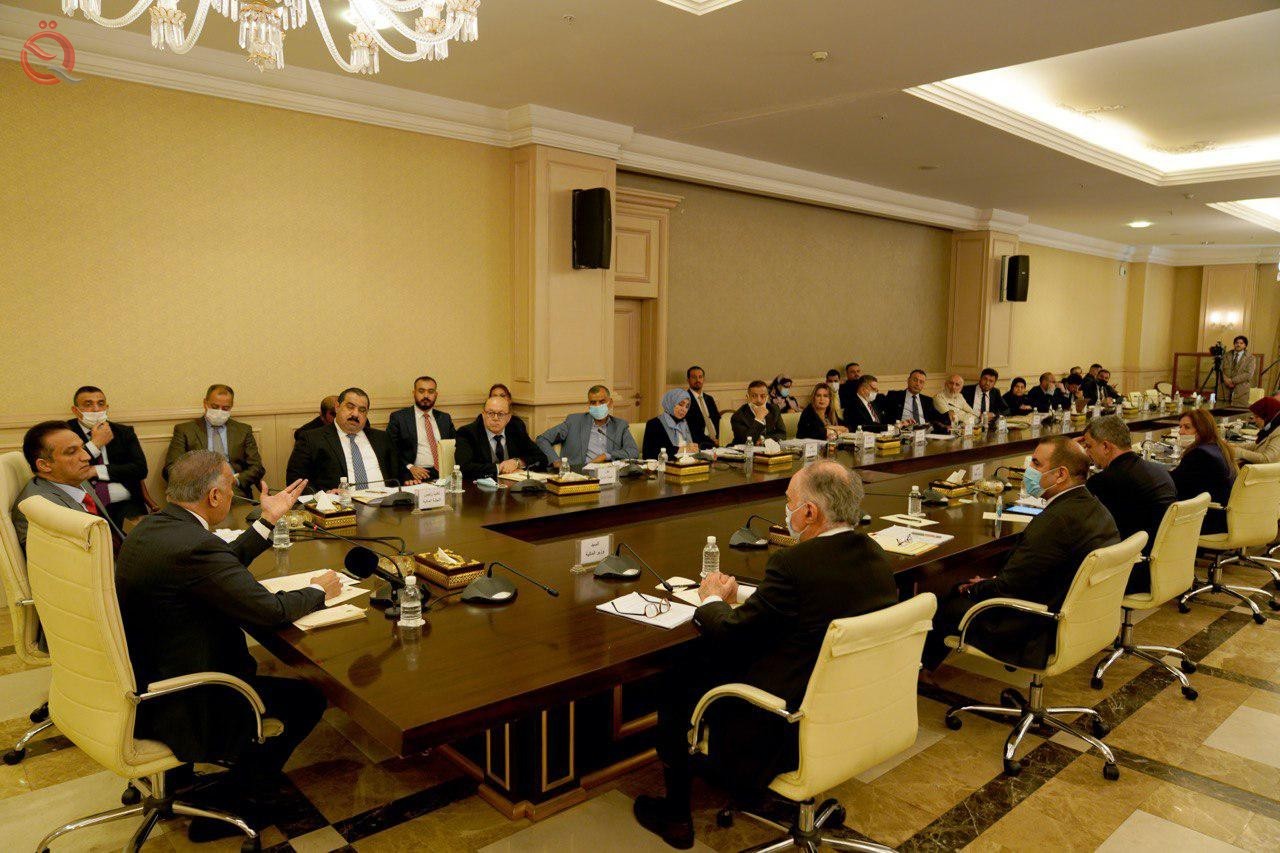 Prime Minister Mustafa Al-Kazemi stressed, on Sunday, the need to adopt the principle of justice in the distribution of wealth among all regions of Iraq.
A statement by the Cabinet Media Office received by Al-Eqtisad News stated, “The Prime Minister emphasized that the financial budget that the government had previously sent its draft is aimed at financial and economic reform and supporting vital sectors, which would address a large part of the problems of the Iraqi economy. That has been plagued by decades.
According to the statement, Al-Kazemi pointed to "the importance of investing in the recent rise in oil prices in a way that contributes to easing the burden on the citizen in the budget copy that is submitted to the vote in Parliament."
He stressed the need to activate the mechanisms of automation and digital dealing, and also to activate the role of the Federal Service Council, in the course of economic reform, according to the statement.
The statement continued, "Al-Kazemi warned," the necessity of adopting the principle of justice in distributing wealth among all regions of Iraq, in accordance with the principles of the constitution, and not involving political disputes in the citizen's food file and the level of services provided to him.
Al-Kazemi indicated that the country is currently facing many challenges, and we are working hard to reform the current situation and put the Iraqi economy on the right track, and it comes as an implementation of the government program that was voted by the House of Representatives and also included in the government white paper, according to the statement.
The statement indicated that, "It was agreed to intensify the holding of sessions between the executive and legislative authorities, to ensure the approval of a reform budget that preserves the rights of the citizen, and as soon as possible, and that the work of the legislative and executive authorities be complementary, and in the spirit of one team, seeking to advance the historical responsibility, to get the country out of the current situation ".