A member of the Parliamentary Finance Committee and a representative of the Kurdistan Islamic Union, Jamal Cougar, confirmed, on Saturday, that there is great difficulty in reaching an agreement regarding fixing the region's share in the budget.

"Going towards voting in the absence of the Kurdish blocs is very possible, in light of the absence of an agreement, and the delegations that visit Baghdad have not done anything so far," Cougar told Al-Maaloumah.

He added that "the Finance Committee stipulated handing over the entire region of its oil to the federal government, and that the management of the oil file in the region be under the supervision of Baghdad and the SOMO company, and this was rejected by the region’s delegation, so the negotiations became complicated."

He pointed out that "the Kurdish delegation will visit Baghdad again, hoping to reach a final and intermediate agreement that satisfies the two parties, but in light of the political blocs' insistence on receiving the region's oil in full, it is difficult to get an agreement."

The delegation of the Kurdistan Regional Government, headed by Deputy Prime Minister Qubad Talabani, visited Baghdad recently and held a series of meetings with various political forces, but no agreement has been reached so far, regarding the region's share in the budget.
End / 25 p

An Iraqi parliamentarian: Approval of the 2021 budget will be delayed several days due to the Kurdistan region

An Iraqi parliamentarian: Approval of the 2021 budget will be delayed several days due to the Kurdistan region 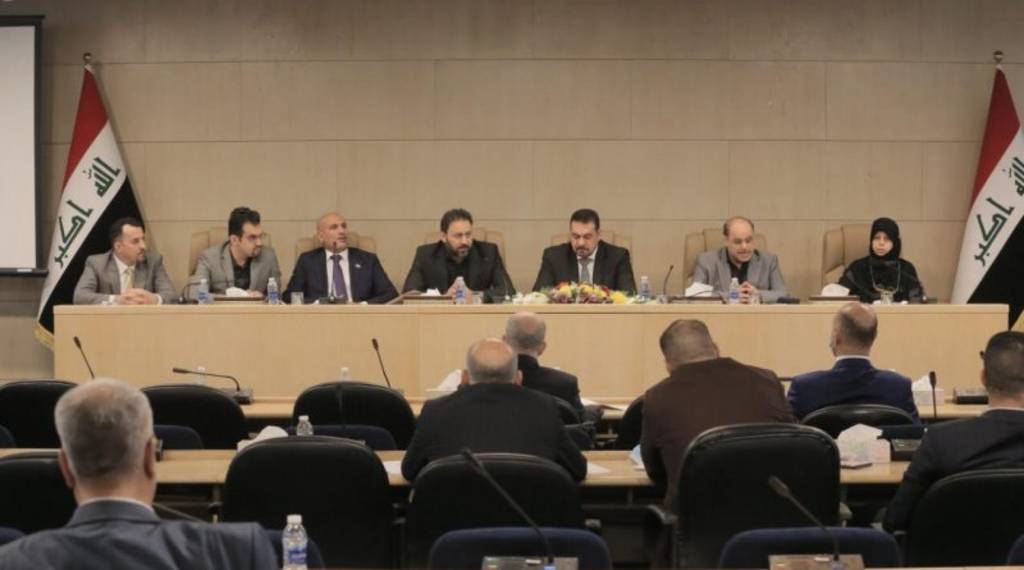 Mubasher: Parliamentarian Badr Al-Ziyadi, a representative of the Saeron Alliance, revealed that the approval of the new budget for Iraq could be delayed for several days due to the Kurdistan region's failure to clarify until the present time about his financial liability to the authorities in Baghdad.

Badr Al-Ziyadi told the Iraqi News Agency, "INA", on Friday, that the salaries of employees and retirees are insured and that there is no delay even if the vote on the general budget for 2021 is delayed, because salaries and pensions funds are already covered for several months.

Al-Ziyadi said, "The budget has a big difference between the Kurds, the Finance Committee and the political parties, so it needs political consensus and more time to vote on it."

He indicated that the Kurdistan region has not paid the debts owed by it from 2003 until the present time, adding that the problem is related to the region’s disclosure of the non-oil resources it owes to Baghdad, and so far there is no consensus on this file.

Minister of Finance: Erbil's relationship with Baghdad is outside the concept of the state and the Peshmerga is not subject to authority

Minister of Finance: Erbil's relationship with Baghdad is outside the concept of the state and the Peshmerga is not subject to authority

The Minister of Finance, Ali Allawi, confirmed, on Saturday, that there is a major defect in the relationship between Baghdad and Erbil and that the Peshmerga are not subject to authority, while noting that the Central Bank and the International Monetary Agency offered to raise the price of the dollar.

Allawi said in a televised interview followed by "the information", "I believe in applying the system of administrative and economic federalism in Iraq in order to solve the existing disputes on the condition that it be under the supervision of the center."

He added, "The relationship between Kurdistan and the federal government is outside the concept of the federal state, as oil is sold from the region outside the supervision of the federal state, as well as the spread of the Peshmerga in Kurdistan and other regions, which is formally subject to the center," indicating that "most of the former prime ministers try to remain silent about that." Constitutional violations due to their fear of the Kurdish parliamentary bloc.

Allawi pointed out that "the Central Bank and the international currency offered to raise the price of the dollar, but they were gradually convinced of the idea and that the price increase had hurt everyone, but in the end it would encourage the national product and reduce corruption in the currency auction."