{Baghdad: Al Furat News} The Minister of Finance, Ali Abdul Amir Allawi, said that the window for selling the currency {currency auction} to the Central Bank of Iraq, previously was an important part in spreading financial corruption in the country.

Allawi said in a television interview, "We have sufficient evidence that the currency auction of the Central Bank was previously an important part of spreading corruption, and there are large political blocs involved in it and take the names and personalities participating in the auction as a front for it."

Regarding the possibility of naming these blocs, Allawi said, "I do not have judicial immunity, and even legal protection measures are not sufficient to reveal the names."

He added, "Corruption has decreased a lot due to the lack of financial resources for appointments and other things, but it remains rooted due to the accumulations of past years."

Allawi confirmed, "A political bloc has never nominated me for the current position, and I was assigned exclusively by Prime Minister Mustafa Al-Kazemi, with whom I have an old friendship since the 1990s," indicating that "the prime minister offered me at the beginning of the formation of the government the Ministry of Oil instead of the Ministry of Finance and my nomination to the ministry was done from him." Exclusively ".

He pointed out that "the Iraqi constitution gives the legislative body {Parliament} great power in front of the authority of the executive authority, and this means that there is no balance in the process."

Allawi ruled out "the existence of an external solution, as happened in changing the previous regime, just as the Iraqi cannot accept that a neighboring country imposes its will on his country by force, and reform and the democratic path remains the only alternative."

It is noteworthy that the House of Representatives intends to question the Governor of the Central Bank of Iraq, Mustafa Ghaleb, fearsome by the head of the parliamentary wisdom bloc, Faleh Al-Sari, in several files, including the corruption of the currency auction.

The interrogation was scheduled to take place on the 30th of last month, but it was announced that the interrogation session would be lifted to another notice because of the lack of a quorum.

The representative of the Nasr Bloc, Hoda Sajjad, said to the Euphrates that a parliamentary bloc came to question the head of the Media and Communications Authority in absentia and evaded the presence of the questioning session of the bank governor.

While the representative of the Al-Fateh bloc, Sana Al-Mousawi, said that "political agreements are behind the postponement of the questioning of the bank governor," noting that "the failure of many MPs to attend the interrogation session is a disappointment in the stifling economic conditions in Iraq," she said. 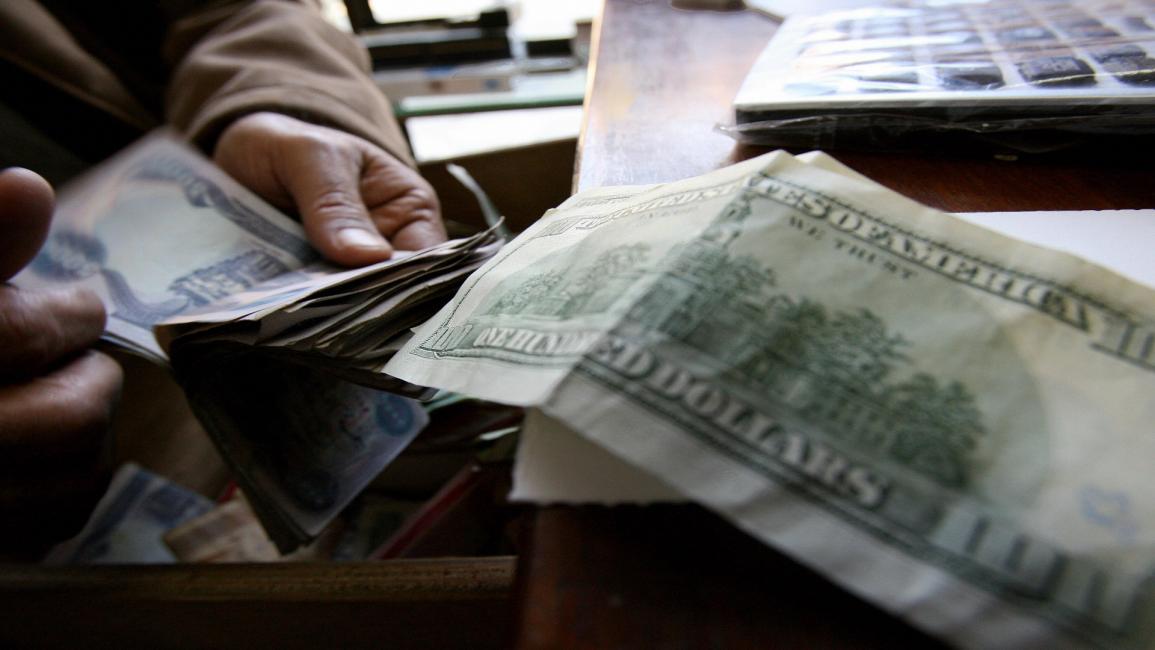 Today, Saturday, the Iraqi parliament requested the Ministry of Finance to open an investigation into "allegations of corruption" in the auction conducted by the Central Bank to sell dollars to banks.
The Parliament Media Department said, in a statement, that "the Parliamentary Finance Committee addressed the Ministry of Finance regarding the statements of Finance Minister Ali Allawi about the involvement of political blocs, which he did not name, in spreading corruption through the currency sale window in the Central Bank."

She explained that "the purpose of the address is to form an investigative sub-committee on this issue and to reveal the facts before the people."
And the Central Bank of Iraq organizes, during official working days, a currency auction during which it sells dollars to banks in the country.
In recent televised statements, Minister Allawi claimed that the auction witnessed "corruption operations."
Allawi said, "We have sufficient evidence that the currency auction to the Central Bank was previously an important part of spreading corruption," revealing that "there are large political blocs that are involved in it and take names and personalities participating in the auction as a front for them."
Regarding the possibility of naming these blocs, Allawi said: "I do not have judicial immunity, and even the legal protection procedures are not sufficient to reveal the names."
The minister also did not specify in his statements the period during which the "corruption operations" he spoke about took place.
For many years, there has been talk of huge profits for parties and influential figures from selling the currency; The private banks participating in the auction buy dollars at the official price, and win millions of dollars a day from the official price difference traded in the local markets.
And Iraq is among the most corrupt countries in the world, according to Transparency International's index over the past years. The fight against corruption is at the top of the demands of massive protests that have been taking place in Iraq since October 2019.
(Anatolia)

A legal expert explains how to recover smuggled Iraqi money

A legal expert explains how to recover smuggled Iraqi money

The legal expert, Ali Al-Tamimi, explained the mechanism for Iraq to recover its smuggled money abroad.

Al-Tamimi told "the information", "The best international move to retrieve the money smuggled abroad, which is estimated at 500 billion US dollars, can be recovered through the money laundering agreement in 2005 and signed by Iraq in 2007 with the help of these countries."

And that “Iraq has an amount of $ 65 billion in the US Federal Reserve frozen by the former regime, and Iraq can claim it according to the above agreement for the year 2008.