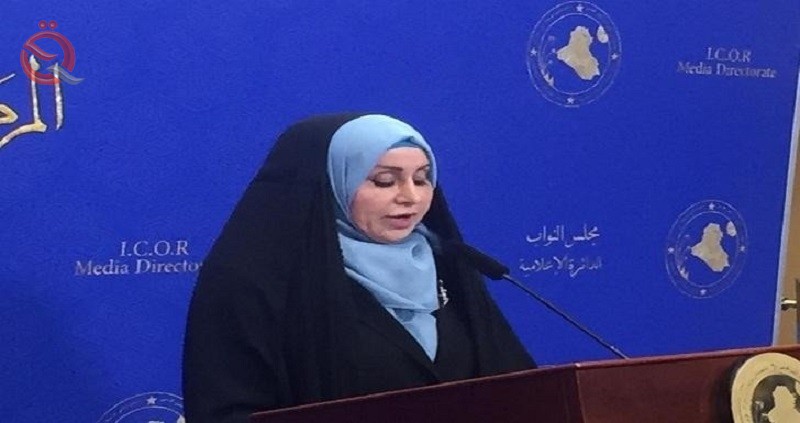 
The Finance Committee in the House of Representatives announced, on Friday, a deduction of 20% from the budget of the three presidencies in the 2021 budget, while confirming the reduction of the budget ceiling to 130 trillion dinars instead of 164 trillion.
A member of the Finance Committee, Majida Al-Tamimi, said in an interview with the Iraqi News Agency, which was followed by Al-Iqtisad News, saying that "the section on the deductions that came from the government in the draft budget was canceled and compensated for by applying the Income Tax Law No. 113 of 1982.
She added that "the spending ceiling has been reduced in the budget from 164 trillion dinars to 130 trillion, and other revenues have also been increased," stressing that "the budget included a lot of economic reforms."
She explained that she "chaired the special subcommittee of the three presidencies in the budget and was able to deduct 20% of the budget of each presidency from the three presidencies in the budget."
She pointed out that "the House of Representatives took on the role of the executive and legislative authorities at the same time in the 2021 budget," indicating that "every article in the budget has been studied 5 times and in extensive discussions."
Al-Tamimi added, "The Financial Committee hosted 90 to 95 percent of the executive bodies, including the Office of Financial Supervision, and important observations in the oil sector and licensing rounds were discussed," noting that "there is great waste and losses in this sector, some of which need to be Resolution and other parts into law. "
On the five-year leave for employees, Al-Tamimi confirmed, "The five-year leave has been approved for one time, meaning that the employee is not entitled to take a second leave, indicating that the five-year employee is covered by the income tax law from his nominal salary."